Electric scooters accounted for 45.8% of the 84 million micromobility trips taken in 2018, according to a survey published by the National Association of City Transportation. But while they’re ubiquitous, they’re not created equal. A piece published by Quartz found that Bird escooters in Louisville, Kentucky completed an average of 70 trips over 85 miles and have a lifespan of 23 days, compared with the industry mean of 28.8 day, 163.2 miles, and over 92 trips.

CEO Assaf Biderman said the fresh capital will support the imminent rollout of Superpedestrian’s electric scooter fleet. “We see great need as the scooter industry evolves and operators seek fleet technologies that provide substantial improvements in safety and reliability,” he added. “The autonomous capabilities of our scooters enable us to offer a fleet solution that sets a new safety standard. At the same time, our platform allows our operator partners to achieve new levels of operational efficiency and drive toward sustainable growth.”

Superpedestrian was spun out of MIT in 2012 by Biderman, the associate director of MIT’s Senseable City Laboratory, a research group examining how tech might enable solutions for urban challenges. There, he taught urban studies and planning, and conducted research concerning how distributed and embedded solutions might improve urban livability and sustainability.

Principally, Superpedestrian designs and manufactures vehicles including ebikes, escooters, and more, which it sells to fleet operators along with access to its fleet maintenance software. (Perhaps its best-known product to date is the Copenhagen Wheel, which houses a motor, microcontroller, battery, and sensors in a hub designed to fit atop any rear bike wheel.) Said software supports self-diagnostics, self-protection, and remote vehicle management, enabling vehicles to autonomously check up to 1,000 times per second for over 100 types of issues that could lead to a malfunction. 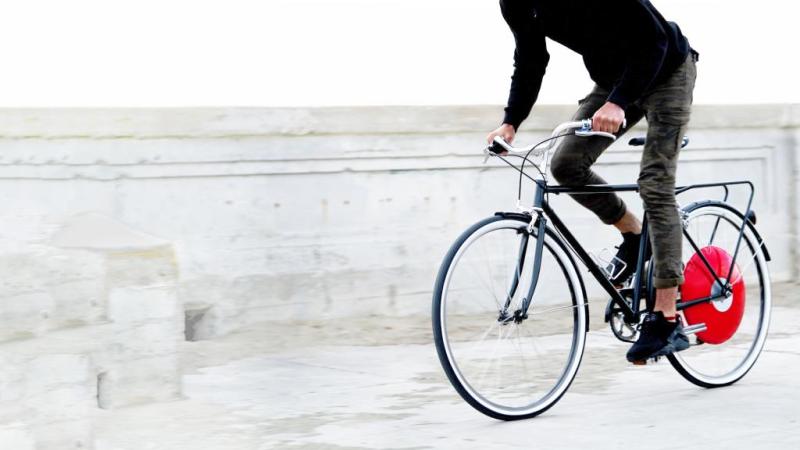 It’s somewhat akin to Bird’s eponymous Bird Platform, a program announced last November that provides franchisees a custom stack designed to simplify fleet and staff management. Customers get products and technology from Bird, as well as technical support and advice from Bird’s operations team, but they’re on the hook for associated maintenance. (In exchange, Bird takes a 20% cut of each trip fare.)

The difference, according to Biderman, is that Superpedestrian spent five years developing its vehicle intelligence platform, which taps an embedded hardware and software combo to control batteries, motors, data encryption, communication, decision-making, and every other vehicle component. Its scooters don’t merely spot malfunctions but actively triage them, determining the appropriate response to prevent them from causing damage. And if they detect an issue they can’t resolve, they automatically make themselves unavailable for rental and create a service ticket.

Superpedestrian’s platform prevents scooter battery fires, for instance, by (1) detecting short circuits, (2) electronically disconnecting the battery, and (3) monitoring every electronic component so that they remain within safe temperature limits. Where braking’s concerned, the scooters brake over 60% shorter distances compared to the industry average and constantly regulate the amount of energy put into the battery while dissipating excess into heat. Scooters store city rules onboard to enforce speed and parking limits, and they remain safely operational for over 2,500 shared rides while requiring a battery charge only every 3-7 days.

This longevity is a critical part of the micromobility puzzle, Biderman rightly points out. The electric scooter segment’s unit economics are such that even well-funded startups like Bird, which raised $275 million in October at a $2.5 billion valuation, struggle to maintain profitability. Bird CEO Travis VanderZanden previously said that the company’s escooters will need to last at least six months for the company to break even, while at the same time beating back countless rivals like Jump Bikes, Skip, Voi, Ofo, Spin, and the aforementioned Lime.

Superpedestrian isn’t naming names when it comes to customers, but it says it has orders on the books for its scooters and that they’ll be deployed in the coming months in North American, European, and Asian cities.

“Scooter operators today don’t engineer the key electronic systems in their vehicles; instead they source off-the-shelf hardware, giving them almost no control over vehicle functionality. This prevents them from detecting and addressing issues of vehicle safety and reliability at the core,” said Superpedestrian adviser and former Lyft and Lime policy executive Emily Castor Warren. “With safety as a paramount concern in the minds of riders and city leaders, operators must rise to the challenge by deploying safer, self-sustaining vehicles. Superpedestrian is the only company today that engineers all vehicle control systems from the ground up, creating a scooter that can protect riders if something goes wrong and deliver the product quality city leaders expect.”