First announced back in April, the T-pod is touted as being more than a simple self-driving electric truck — it’s pitched as an entirely “new transportation system,” with plans to have an active fleet of 200 T-pods running in Sweden by 2020.

Each pod is 23 feet (7 meters) in length and can hold 15 “standard” pallets, for a total weight of 20 tons when full. The pods will be able to travel 124 miles on a single charge, and Einride is currently developing compatible charging stations to power the vehicles.

One of the most notable differentiators between the T-pod and other early-stage autonomous vehicle developments is that there is no physical space inside the T-pod for a human to sit — and therefore no need for windows. 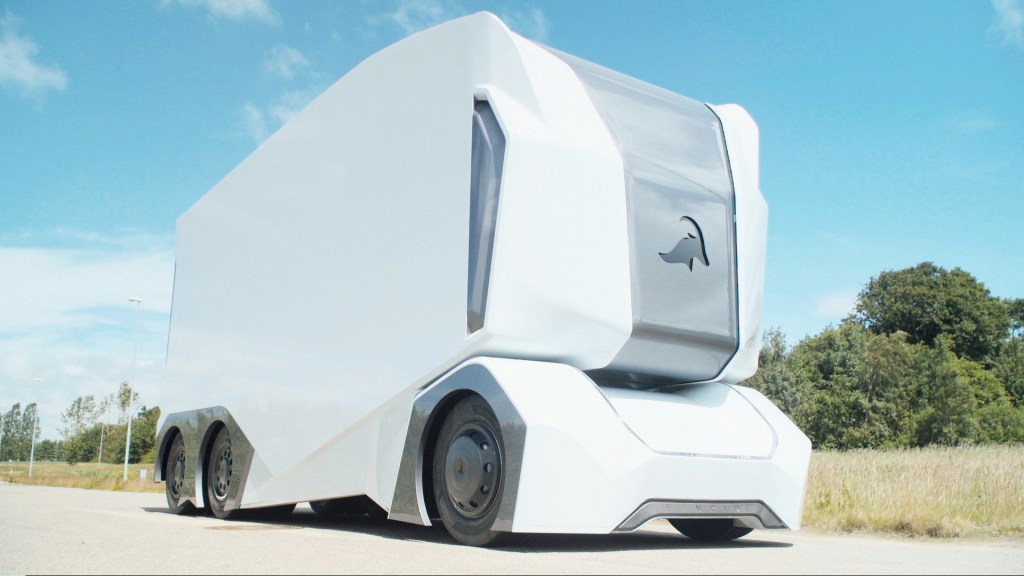 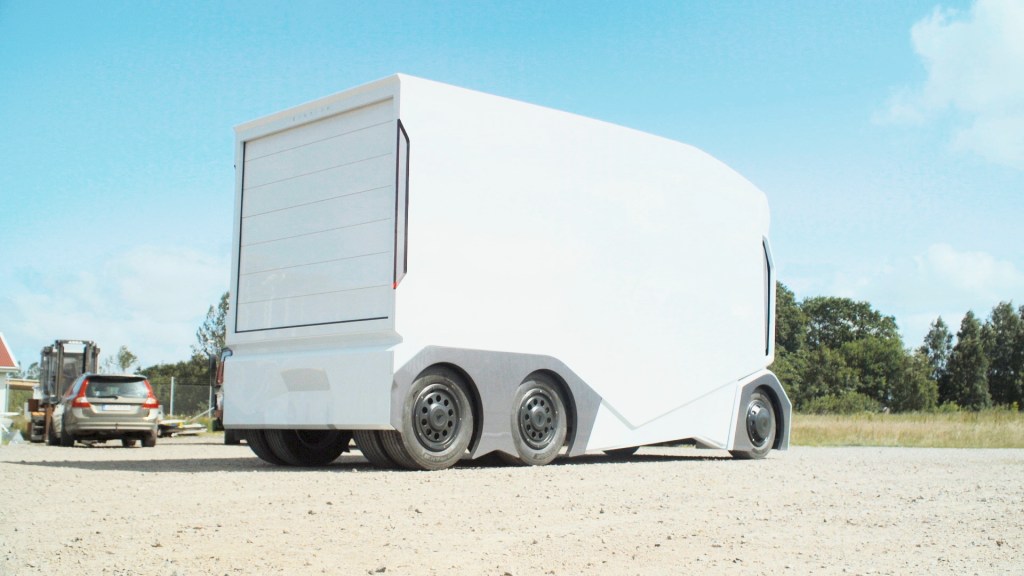 Another key facet of the truck is that it adopts a hybrid driverless approach — on highways the vehicle is designed to drive itself, but when it exits onto main city roads it switches to remote control as a human situated far away takes over. Humans are also on-hand to control several pods at once while they’re on highways should the situation require it.

The company claims that it has already filled 60 percent of the 200 T-pods that will travel on the first anticipated route between Gothenburg and Helsingborg and says there are plans afoot to transport up to 2,000,000 pallets per year.

“We’re now at a crucial time for not only the Einride business, but for the future of transport,” explained Einride CEO Robert Falck. “Through technology, we have been able to create a system for the future, but it involves bravery and dedication from people the world over, to accept that change is also their responsibility and put the T-pod system into practice.”

Though the first prototype isn’t yet connected to Einride’s remote system and the battery is not full scale, a company spokesperson told VentureBeat that the first fully working vehicle is expected to be with customers later this fall.

Elsewhere in Sweden, automotive giant Volvo has been increasingly investing in autonomous driving technology for trucks. Last month, it unveiled self-steering trucks that help sugarcane farmers improve crop yield, which followed similar tests in the mining industry, not to mention in garbage collection.