Uber has released its first-ever diversity report, coming on the heels of many weeks of bad publicity around the on-demand ride service. In the hopes of trying to repair its public image, the company wanted to show that it can change. Right now, it is a male-dominated business, with only 36.1 percent being women, and nearly half of all employees are white.

Like most tech companies conducting an introspective of themselves, Uber said that it “needs to do better and has much more work to do.” 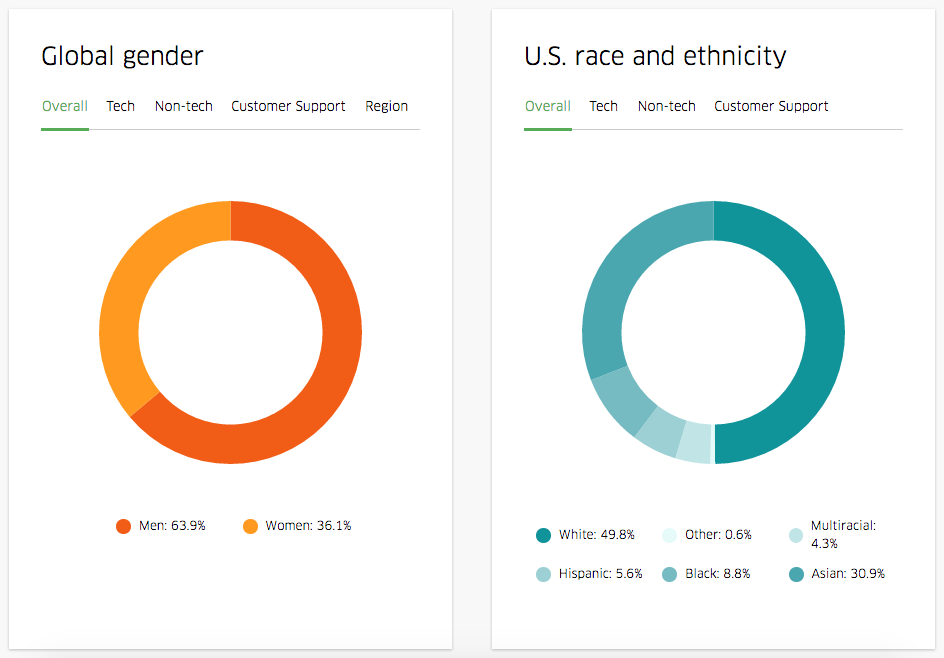 “It’s no secret that we’re late to release these numbers,” admitted Liane Hornsey, the company’s chief human resource officer, in a blog post. Uber believes that sharing diversity statistics is the first step in improving the company, both in leadership and accountability, along with making relationships with drivers better and establishing a positive culture and organization. “This report is a clear-eyed assessment of where we stand and our plans to improve going forward,” she said.

Uber admits that its leadership is “more homogenous than the rest of our employees,” saying that no black or Hispanic employees hold leadership positions in tech. Looking at its management globally overall, 78 percent are male and 76.7 percent are white. 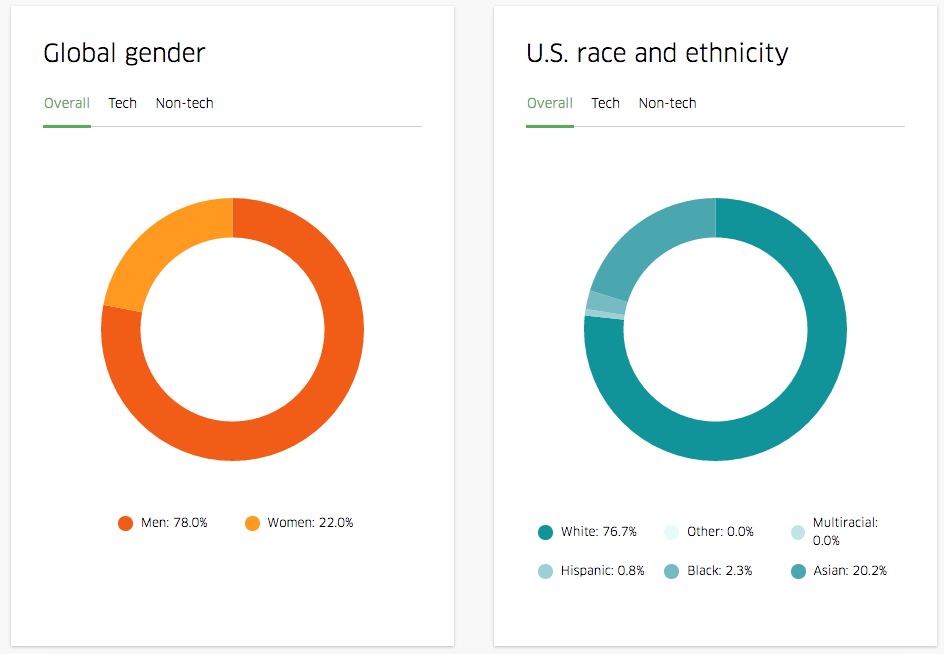 Efforts Uber is taking to improve its situation include dedicating $3 million over the next three years to support programs aimed at bringing in more women and underrepresented people into tech. Uber is also hitting the road to visit colleges to recruit new employees from places including historically black colleges and universities (HBCUs) and Hispanic-serving institutions (HCIs).

Additionally, Uber said it plans to diversity its interview panels, improve benefits for parents, and train its workforce to be more inclusive in hiring and with each other. These steps were hinted at during a press conference by Hornsey last week.

A diversity report had been expected in a few months, but looks like it got completed a few days early. But while this may go some ways in helping assuage anger, there’s still a lot Uber needs to do to fix itself, and all eyes will be on the upcoming report from former U.S. Attorney General Eric Holder about allegations surrounding sexual harassment. And recent press has not been kind, with numerous claims of various nature being levied at Uber, from former engineers and even the ex-girlfriend of company chief executive Travis Kalanick (subscription required).

How damning the report will be is something many are keeping their eyes on, but it doesn’t look like it’ll cost Kalanick his job; board member Arianna Huffington has affirmed that the company is standing behind him. However, to help him be a better leader, Uber is focusing its efforts to bring on board a chief operating officer and is conducting interviews now.