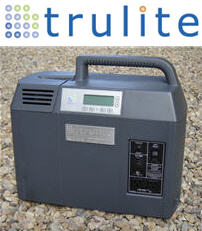 Trulite, a Houston, Texas company, has developed a portable fuel cell for the consumer, contained in a box that powers everything from computer, to fridges and construction site power tools.

It is much cleaner than alternatives, producing water and heat as its only byproducts. It will hit the market during the second quarter of next year. It will be one of the first consumer fuel cells on the market. It is designed to replace regular gas generators people have used until now, which are noisy and polluting.

Called the Trulite KH4, the cell produces 150 watts of continuous generating capacity and up to 200 watts of peak capacity. It carries two regular power outlets, and a DC outlet.

It’s useful for people camping or boating, who want to power their DVD players, for example. Trulite will also try to sell to government agencies and security companies, said chief executive Jonathan Godshall. Its product will be handy during crises like Hurricane Katrina, allowing first responders to power their cellphones and other devices even if utilities are down, he said.

The device uses dry sodium borohydride fuel, which is a dry powder that contains hydrogen. By dousing water on to the powder, Trulite’s technology releases the hydrogen, a source of energy. When in a canister, it is safe (you can fire a bullet through the canister and it won’t explode, for example) and can be left indefinitely — you can pick it up a few years later and it still works, according to the company. The KH4 also contains advanced lithium ion batteries that work together with the fuel cell to support intermittent and peak power requirements.

Godshall says the market for such products is about $250 million, but the market so far consists of gas generators. He said the product may spark consumer interest, allowing the market to grow to at least $500 million and perhaps much more.

Other energy sources all have limitations. Batteries need to be recharged, solar power fluctuates, gas generators pollute, for example.

Other fuel cell companies exist, such as Voller, Protonex and Jadoo, but they are more focused on military applications. Voller, based in Germany, does have a 100 Watt consumer fuel cell. They use other technologies. Jadoo uses a metal hydride, a material that is generally more expensive, though can be more compact and light, and it is limited to military use for now. Another material used by some of these players is wet sodium borohydride, but that doesn’t pack as much power.

Trulite’s stock recently began trading over the counter (its prospectus was approved in March). However, it is not profitable (this is its first product) and so it is looking to raise more funding, including from venture capitalists. Standard Renewable Energy, a renewable energy holding company, owns 45 percent of the stock. Contango Venture Capital Corp, owns another 16 percent. 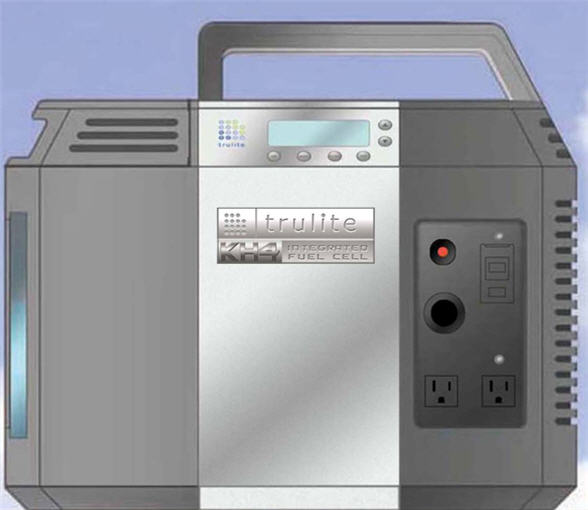