Venture capital firms have been busy investing beyond high technology, as we’ve previously written. But how about Chinese shirt factories and farms? 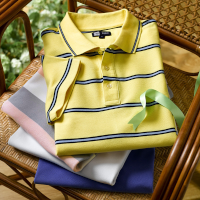 In the latest example, we’ve learned that Kleiner Perkins, one of Silicon Valley’s most high profile venture capital firms, has joined in a $50 million investment into Yes!PPG, a shirt factory in Shanghai (merchandise to your left). Sequoia, meanwhile, has invested in a farm.

While labor, free-speech and environmental issues hang over the country (see the October 11th leader in The Economist for more), its burgeoning middle class is demanding basic necessities on a massive scale. And while Kleiner Perkins hesitated for years from venturing outside of the confines of U.S., it recently declared its intention to invest in fast-growing China. That means, in part, a focus on things it hasn’t really done before: non-tech.

Yes!PPG is currently run by Li Yongjin, a former VP at JAFCO, according to one source, who told us that promotions for Yes!PPG’s wares are “plastered along Shanghai’s upmarket shopping stretches.”

JAFCO and the Chinese venture firm, TDF Capital, joined in the investment.

Company officials reportedly said it may gross up to 1.5 billion yuan this year, equal to around $200 million at today’s exchange rate.

We’ve been asking KPCB for comment, but so far haven’t heard anything back. Also, we’ve only been able to find one English-language source mentioning the funding.

Low-tech VC investments in China seem to be a trend. Sequoia Capital, another top Valley firm, has invested in a company called China Linong (picture from web site, below) that grows and sells high-end vegetables. The Sequoia lead on the investment, Neil Shen, told Forbes last year that his philosophy is to “stick to the four necessities: Food, clothes, housing and travel.”