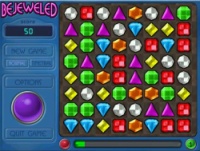 While the enthusiast gaming market is somewhat stagnant, the casual gaming market is on a spurt, growing 20 percent each year. Casual games are smaller and cheaper to develop than blockbusters like Halo, but also less lucrative. However, while the profits from casual games appear smaller, their low development costs and potentially high profit margins also provide a better opportunity for startups.

“Casual gaming” is loosely defined as anything easy to learn that doesn’t require a big time commitment, like Solitaire, Bejeweled or Diner Dash. Games like those have 200 million active players, and pull in $2.25 billion yearly, according to a new Casual Gaming Association report.

By contrast, enthusiast games — the Halos and World of Warcrafts of the world — have an audience of 20 million, but manage to pull in a cool $20 billion. Yet the report, issued today, suggests that casual gaming might have the most growth potential for companies.

Pinning down exactly who receives the profits from casual gaming is difficult. While Microsoft’s famed Solitaire franchise is the most played casual game ever, with more than 400 million people having spent time shuffling their own cards, Microsoft didn’t directly profit — the game is simply a long-running perk for owners of Windows computers. Free play is typically considered a cornerstone of the casual gaming market.

Yet there are a handful of gaming portals that do profit, and account for most of those billions of dollars, including AOL Games, Club Penguin, MSN Games, China’s QQ, and Yahoo Games.

Although some money comes in from advertising on gaming sites, there are other revenue models. PopCap, for instance, distributes Bejeweled for free on PCs, but sells the game on mobile phones. Other companies allow free play on the website but charge for downloads, limit the number of levels that can be played without paying, charge for multi-player versions or sell subscriptions.

Last week, we sat down with Robert Norton, the new VP of business development at King.com, to talk about how his company is approaching growth in the market.

King.com makes much of its money from “skill games” on its own site like Cartoon Shootout, which charge players small amounts (often around a dollar) to play in tournaments against others. King.com also powers games for Yahoo, RealNetworks and NBC, among others, and just opened a new site called MyGame.

However, Norton says that in the future, players will begin to embed games on their own pages, whether that’s a Facebook profile or a personal webpage, and that casual games will become much more personalized.

Imagine uploading a picture of yourself into a game and then playing your own character, as JibJab does with its video series “Starring You”, which places a picture of your head on various dancing cartoons. It may sound silly, but Norton says the actual implementation is more clever, and well disposed to virally spreading through social networks. 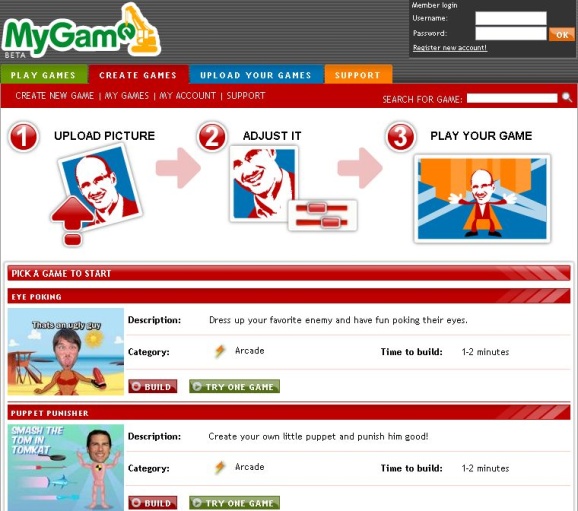 Of course, professional development is still a sought-after commodity for these companies. Kongregate, home to Desktop Tower Defense, the latest casual gaming craze, has been collecting independent developers. King.com’s new site, MyGame, also seeks to recruit skilled developers, along with reaching out to users to create some content of their own.

Although Yahoo Games is the 40 pound gorilla of the casual gaming market, these companies seem to believe that players will slowly move away from casual gaming portals, and towards some of the newer ideas they’re betting on.

A final opportunity is in broadening the group that actually pays to play. Although casual game players are evenly distributed through the population, women account for 74% of all paying players, just as young males dominate the hardcore gaming market. Both segments of the gaming industry would like to move into each other’s paying base.

For more on an upcoming casual game site, check out our post on Metaplace.