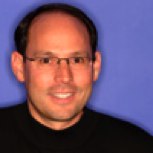 Jim Scheinman, one of three founders of Bebo, is leaving the company he helped start to become an Entrepreneur in Residence at the VC firm, Charles River Ventures. We talked with him to discuss that decision, his days at Friendster, his plans for the future and, of course, Facebook.

VB: What was it about this opportunity that made you decide to leave Bebo?

JS: I’m an early-stage entrepreneur at heart and the time was right for me to look to the next opportunity in the start-up world. It’s always hard leaving something that you’ve started, especially when the business is doing as great as Bebo is, but sometimes when a special opportunity presents itself, you’ve got to go for it. I suppose it’s the risk-taker in me helping make this decision.

VB: What do you see yourself doing there?
JS: I’ll be helping uncover new investments in the consumer Internet, social networking and social media sectors, while working with the firm’s existing portfolio companies and evaluating opportunities for my own next start-up venture.

VB: Can you tell me a bit about what you learned in your time at Friendster?

JS: For me, it basically came down to failed execution on the technology side — we had millions of Friendster members begging us to get the site working faster so they could log in and spend hours social networking with their friends. I remember coming in to the office for months reading thousands of customer service emails telling us that if we didn’t get our site working better soon, they’d be ‘forced to join’ a new social networking site that had just launched called MySpace…the rest is history. To be fair to Friendster’s technology team at the time, they were on the forefront of many new scaling and database issues that web sites simply hadn’t had to deal with prior to Friendster. As is often the case, the early pioneer made critical mistakes that enabled later entrants to the market, MySpace, Facebook & Bebo to learn and excel. As a postscript to the story, it’s interesting to note that Kent Lindstrom (CEO of Friendster) and the rest of the team have done an outstanding job righting that ship.

VB: What did you learn at Bebo?

JS: I learned many great things at Bebo that I unfortunately can’t share in detail. I learned from some of the best viral marketing experts. I learned a great deal more on the technology side and also was very involved with many critical product decisions. I was excited to take the notion of “engagement marketing” within social networking sites — something that I thought up at Friendster — to the next level at Bebo. In a nutshell, engagement marketing seeks to turn users into brand advocates. It’s clearly becoming the de facto standard of monetizing social networking. Facebook’s recent announcements about their new social ads is a great endorsement of all the work I’ve done in this space over the past five years and I’m excited to see where Facebook, MySpace and Bebo will continue to take engagement marketing over the coming years.

VB What’s your take on the moves that Facebook has been taking lately?

JS: As far as the valuation goes, Microsoft couldn’t afford to lose another deal to Google and they could afford that price. Whether or not you can say a 1.6 percent stake in the company is enough to extrapolate a true valuation from, they didn’t buy Facebook. They put a relatively much smaller investment in Facebook so they could stay close to them. With that said, I think valuations are still probably below what they should be for what these companies are eventually going to do. As a side note, a little known fact is that when I was at Friendster, I found a small company out of Harvard that we came very close to acquiring, a startup no one had heard of that time, a company named The Facebook. I’ve been an admirer of Zuck and the facebook team for a long time now.

VB: Where do you see social networking going in the next years?

JS: When it comes to social networking, we’re in the third inning: There’s a long way to go. What’s at the core of social networking is a new communication platform. It’s also a huge entertainment platform that’s just beginning to evolve. My belief is that the uber-social networking is over. There are three winners: MySpace, Facebook, and Bebo. But there are new opportunities to have very successful niche social networking sites. I worked at NBCi for many years and saw the same dynamics. Ultimately, there were three portal winners, Yahoo, AOL & MSN and the rest are gone (Excite, Lycos, Go, NBCi…) But there was room for successful niche portals, like iVillage. I also think there are many opportunities around engagement marketing. I go back to what I invented in Friendster, where I created the engagement marketing business model. If you have a very large, engaged audience, you can do things with that audience in a natural, word of mouth way that you can’t do anywhere else on the web. It’s the Holy Grail for online advertising.

VB: Did you develop the engagement marketing concept?

JS: That was me. The first one ever done was with Disney. We did it for Bill Murray’s movie, The Life Aquatic. Bill Murray’s character had his own Friendster profile. We developed it lot more with Bebo and Facebook has now developed it further with their social advertising platform.

VB: So in that sense, is Facebook late to the game?
JS: Sure, you can say they were late to the game, but they weren’t around when Friendster started doing it in 2003. I think they’ve smartly gotten on the right path with social advertising and I’m not surprised that they’re doing it.

VB: What is it about start-ups that get you riled up?

JS: I love the creation process. I love the notion of thinking of an idea and helping spec a product and working with an engineer to build it over a weekend and go live on the site. And then watching millions of customers engage with that idea and turn it into something of their own. It’s been so exciting to see all the growth at Bebo over the years to become the largest social networking site in the UK, Ireland and New Zealand and the 3rd largest in the US behind MySpace and Facebook. For my next venture, I would love to meld my desire to create with something that I’m passionate about. That, to me, would be the ultimate start-up…where I could wake up every day and be excited about creating a new venture that will create jobs and hopefully wealth for many employees and at the same time build something that will further society in a very big and positive way.