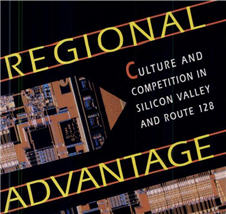 I’ve been watching the debate raging over the past five days about non-compete agreements, those clauses in employment contracts which forbid an employee to go work for a competing company.

It’s time to weigh in favor of getting rid of them.

Venture capitalist Bijan Sabet kicked off the debate, saying his venture firm Spark Capital is going to stop requiring them from the companies he invests in, and calls for other companies to drop non-competes too. He argues they do more harm than good. His statement grabbed attention, because Spark is based in Boston, where non-competes are legally enforceable. In California, they are not.

Venture capitalist Fred Wilson disagreed, saying non-competes are good and necessary because they stop employees from fleeing with core intellectual knowledge and crippling a company by taking it all to a competitor. What followed was largely an anecdotal discussion, until Mike Masnick kicked in last night, saying he’d done the research, and it pointed to overwhelming evidence suggesting non-competes are the predominant factor for why Silicon Valley emerged as a more dynamic economic region than Boston. All things considered, non-competes are bad because they set up an artificial barrier that disrupt innovation, causing stagnation for the companies themselves and the region around them:

In order to understand how this makes sense, just think of noncompetes as the “DRM” of human capital. Just as DRM tries to restrict the spread of content, a noncompete seeks to restrict the spread of a human’s ideas for a particular industry within the labor arena. Both concepts are based on the faulty assumption that doing so “protects” the original creator or company — but in both cases this is incorrect. What it actually does is set up an artificial barrier, limiting the overall potential of a market. It may not be easy to see that from the position of the content creator or company management (or investors). It’s natural to want to “protect,” but it’s actually quite damaging.

Now, Masnick has consistently used his Web site, Techdirt, to tirade against barriers to free markets, and so is predictably critical of non-competes, just like he’s consistently scathing of the music industry’s embrace of DRM and of abuse of patent laws by companies seeking to shield themselves from competition. As in most cases, he’s right: A non-compete clause is another artificial barrier to free exchange of labor and ideas in the market place, and causes an employee to feel trapped, and to stagnate.

As other people have pointed out, maintaining strict non-disclosure agreements and confidentiality with regards to trade secrets and intellectual property is good enough. Those are also enforceable within California, and should be enough to do the job in protecting value that is rightfully the company’s. Dropping non-competes doesn’t mean employees are free to do as they please. Free movement is one thing, but the ideas you carry with you are another. See the very useful column, “How to leave a company and not get sued,” written for VentureBeat by lawyer Todd Rumberger about this. He provides an extensive discussion of what employees in California must consider before leaving a company. He makes clear that we’re still very far removed from any sort of “wild west” when it comes to intellectual property transfer — even without non-competes.

But do read Masnick’s piece, which winds from AnnaLee Saxenian’s 1994 book Regional Advantage which explains how Silicon Valley beat Boston’s Route 128, to Ronald Gilson’s work on the legal differences between the two places regarding non-competes, to research from the Federal Reserve and the National Bureau of Economic Research, that backs this up with Job Hopping in Silicon Valley, and finally the case-study of Michigan that also supports the findings.