Search Wikia could go live by Christmas — Just as Google starts to experiment more with social search, the open-source search engine called Search Wikia, backed by Wikipedia founder Jimmy Wales, could go live as early as this week, according to New Scientist. Unlike Google, Search Wikia will not share search data with advertisers, nor encroach on privacy by storing users’ search terms. A reported 500 volunteers are running web-crawlers to compile Search Wikia’s web index, which so far totals 100 million pages, according to the report. (See our earlier coverage here).
Nick Denton, the nemesis of Silicon Valley, makes himself editor of Gawker — His Valleywag blog has harassed the high-and-mighty in Silicon Valley with constant gossip. But Vallewag is just of many blogs in Denton’s empire, and now he wants to take the company to the next level.

DocStoc, fresh with cash, gives away $50 Amazon gift certificate daily to user uploading best quality docs — DocStoc, the new company which faces fierce competition with Scribd to become a destination for online documents, has finished raising its seed round of $750,000. The latest investor is Matt Coffin, of LowerMyBills.com. So now DocStoc can afford to give $50 certificates for users who upload the best quality content to the site each day.

AdReady, the Seattle advertising startup offering online banner ads, raises $10M more — The company builds ads for various categories of sites, from real estate to travel. Advertisers in these sectors get to customize these ads, and then insert them into large ad networks where they will be displayed on relevant Web sites. Bain Capital and Khosla Ventures led the investment, together with existing investor Madrona Venture Group. The company was founded last year by former Classmates.com executives. The company, which launched in October, says it has about 1,000 customers. It takes a 20 percent commission on the campaigns. (More in-depth coverage by John Cook) 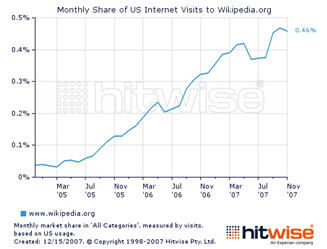 EyeQ, tracks contributions of developers to projects —SourceKibitzer, an Estonian company based out of St. Petersburg, Russia, has launched EyeQ — a tool for analyzing the contribution of developers to individual projects. Through proprietary algorithms this software computes each developer’s “know how,” contribution, and the complexity of every statement written. Mark Kofman, co-founder, saw the need for “multi-location software development team” analysis in his own experience as a developer for an outsourcing provider. The other co-founder, Anton Litvinenko, developed the basis for the algorithms EyeQ uses in his studies at the University of Tartu, located in Estonia. SourceKibitzer was angel funded and will be looking for venture capital in order to expand.

Ideeli, a invite-only Web retailer for high-end goods, gets $3.8 million — This new service has the feel of gimmickry too it, though its exclusivity might appeal to high-end consumers. Ideeli features luxury products typically valued at between $200 and $700, and it informs its members when products are about to go on sale the coming week. The New York company notifies its members both on the Web and with SMS alerts. Members, so far about 10,000 of them, get to see the sales prices, but only those members who pay a $7.95 monthly subscription see the sales early — and so have an advantage in the mad dash to buy while quantities last. The company launched in May. The funding comes from rs from Kodiak Venture Partners and angel investors. Oscar De La Renta and Baccarat have signed up as partners.