Etsy, a site for buying and selling hand-made crafts, has raised $27 million in a round led by Accel Partners, with Accel’s Jim Breyer joining the company’s board of directors.

The vision behind the company is that it can help small-time craftspeople find customers and make a living, while reducing society’s reliance on mass-produced consumer goods. “We believe that the world cannot keep consuming the way it does now, and that buying handmade is part of the solution,” founder Rob Kalin writes in this post about the funding, and the company’s future plans. 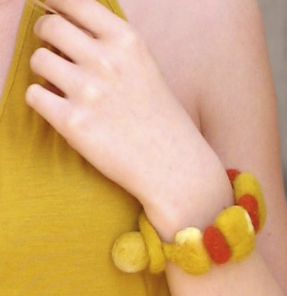 Etsy charges sellers a $0.02 listing fee per item and 3.5 percent commission on any sale, as well as letting sellers pay a small fee to showcase their goods in prominent locations on the site. It is making money and at break-even.

The site also offers a feedback system, a Paypal payment option, online forums, online sessions on craftsmaking aired live from the company’s headquarters, and even street teams that help reach out to local users.

It has around 650,000 registered members, including 120,000 craft sellers, and lists nearly 1 million items. Most site visitors are in the US, Europe and down under, by the looks of this map (pictured) on the company’s site, although it has sellers in more than 127 countries. The site had more than a million unique visitors in December, according to Comscore. 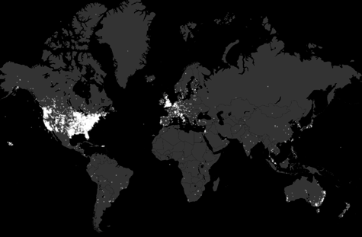 Previous investors Union Square Ventures and Hubert Burda Media joined in this round. The company received angel funding from Flickr co-founder Catarina Fake and other individuals. Previous funding totaled $5 million. Note: Investors have apparently been drooling over the company for years.