Alamofire, a company bringing professional web design principles to gaming on Facebook, has gotten a recent boost of venture capital coinciding with the release of its first game.

The company is an offshoot of Firewheel Design, an award-winning designer of Web 2.0 sites including IconBuffet, which sells packages of icons to other web designers.

Alamofire’s first game, Packrat, stays close to those design roots. The aim of Packrat is to collect as many items as possible, represented by “pixel perfect” icons, by stealing them from friends.

The slick look and feel of Packrat gives the game an edge over some of the less more ad-hoc efforts on Facebook. It’s so far accumulated almost 2,000 daily users since its release on January 22nd.

We found out about the $2 million investment by the Founder’s Fund around the same time as the game’s release, so there’s probably a lot more forthcoming from the company, which is based in Southlake, Texas. Anyone know more about what they’re up to? Drop me a line.

Update: Josh Williams of Alamofire has gotten in contact to note that some portion of the above is incorrect — but not which. We’ll do more reporting on the company when they’re ready to talk. 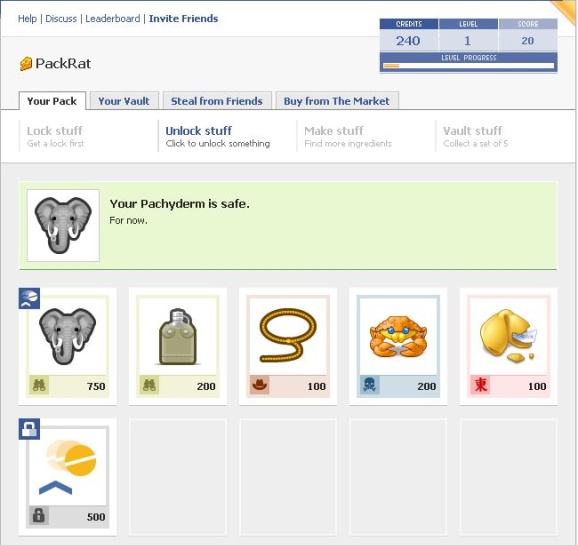