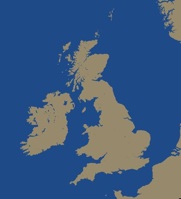 Online video traffic in the UK is up 178 percent over the past year, new Hitwise data shows. With headlines trumpeting the rise of online video stateside, it’s easy to overlook the effect it is having in other parts of the world as well.

Not surprisingly, the most popular video site in the UK is YouTube. With a market share over 55 percent, the site is actually more dominant in the UK than it is in the United States, where it has a market share around 34 percent, according to the latest numbers from comScore.

YouTube’s UK dominance is even more impressive when you consider that the No. 2 video site is the UK portal of YouTube with nearly a 14 percent market share! Combined, YouTube controls nearly 70 percent of the market.

The third most popular video site in the UK is the BBC’s iPlayer. The site streams the BBC’s original content over the Internet to your web browser. The iPlayer has been getting quite a bit of buzz stateside recently for its publicly stated desire to work with Apple to become available on the Apple TV device. The BBC recently launched a beta version of the iPlayer for the iPhone in the UK as well.

The only other non-Google property with much traction is MySpaceTV, which controls just over 5 percent of the market. MySpace is the second most popular social networking site in the UK behind Facebook and just ahead of Bebo. 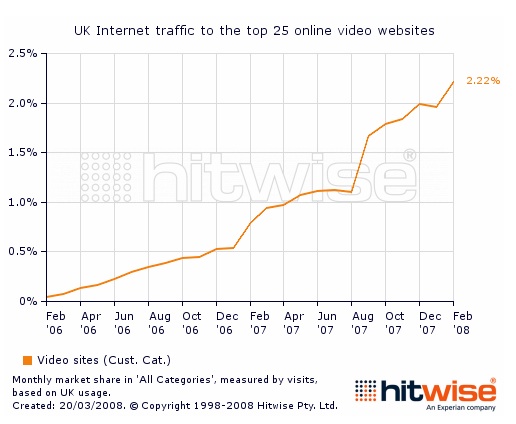 [The Hitwise chart above shows the surge in UK Internet traffic to top video sites over the past two years.]