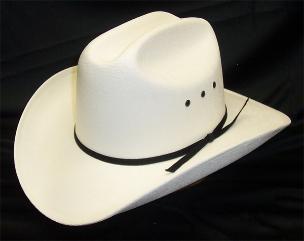 VentureBeat founder Matt Marshall would write this post but he’s busy getting ready to eat his hat.

Last month, we learned that instant message company Meebo was working on raising a round that would value it at up to $250 million. At the time, Marshall wrote: “I’m quite ready to eat my hat, if this funding happens,” because recession concerns have made investors more concerned about putting money into companies like Meebo that are still working out their revenue models.

Well, the funding appears to have happened. The Mountain View, Calif.-based company has raised $20 million on a $200 million valuation, according to Techcrunch, and was assisted by boutique investment bank Montgomery & Co. Before this story broke, a Meebo representative had contacted us to let us know that it has an announcement for tonight — which I assume is this funding news. We’ll keep you updated.

The funding, if true, puts Meebo among the class of Silicon Valley consumer web companies that similarly have many millions of users, but don’t make so many millions of dollars. This is a trend we’ve been writing about for a number of months, most notably starting with widget-maker Slide’s $50 million round in December (announced in January) that valued it at $550 million. Some other web companies still pounding the street: Slide rival RockYou is also apparently working on a round, as is messaging service Twitter; meanwhile, social network Digg is still maybe going to sell for a couple hundred million. Of course, when it comes large amounts of web funding, Meebo is dwarfed by social network creator Ning’s recent $60 million round and the $430 million raised by Chinese social network Xiaonei.