Kleiner Perkins preparing “big news” — Venerable venture fund Kleiner Perkins Caufield & Byers has “big news” that it will be sharing tomorrow morning, we hear. We’ll be covering it first thing. One possibly related item is the recent registering of the firm’s 13th fund, found in a filing dug up by peHUB. The firm’s last raise was completed in February 2006, for $600 million. Data from Thomson Financial suggests the firm has invested a lot of that, or at least $556 in 107 startups over the past two years — though that does not include unannounced “stealth” deals.

Hewlett-Packard invents artificial intelligence circuit — Researchers at HP have come up with a circuit element for memory chips that will dramatically lower the power required and allow a range of values outside of binary code (zeros and ones), according to the New York Times. The device, a “memristor”, could revolutionize mobile devices, as well as easing the development of artificial intelligence functions like understanding speech.

Sims Online / EA-Land virtual world shutting down — EA-Land, the virtual world based off the popular Sims gaming franchise, will close its doors in two months. While Electronic Arts phrases the issue rather delicately, saying only “The lifetime of the game has drawn to an end,” it’s fairly obvious that they wouldn’t be closing the business if it were making money. And if a hot property like the Sims can’t succeed as a virtual world, other game developers should take note. 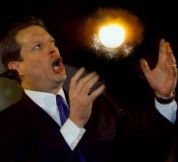 Generation Investment Management closes $683M cleantech fund — Headed by the infamous (and frighteningly named) duo of Al Gore and David Blood, Generation Investment Management is a London-based investor in both private and public cleantech companies. The new fund will invest in sectors including renewable energy, building efficiency, cleaner fossil energy (possibly meaning clean coal), sustainable agriculture and carbon markets, with an average investment size of $30 million. More details at the Financial Times. Gore, it should be noted, is also a partner at Kleiner Perkins.

Courts reject RIAA “making available” anti-piracy argument — A legal tactic used by the Recording Industry Association of America has been slapped down by a Federal judge, according to CNET. The RIAA’s argument was that simply making copyrighted files available over sharing networks constituted breaking the law, even if they were never downloaded by other users. 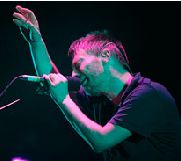 Radiohead won’t repeat free music experiment — A much-hailed experiment by Radiohead involving the public release of a new album on the Internet for optional donations by downloaders won’t be repeated, according to the Hollywood Reporter. The band still hasn’t said whether it considered the release a success. Radiohead is also working with MTV to highlight child slavery and sex trafficking, saying the opportunity is about “exploiting a situation while you have the chance.” Interesting wording…

Miasole just can’t get a break — Miasole, a thin-film solar cell maker that has raised a massive amount of cash, has run into quite a few problems over the last year, including delayed production, employee defections and disappointing cell performance. The latest blow: The loss of a $9 million contract from Dow Chemical, according to CNET. The money will go to a rival thin-film maker, Global Solar.