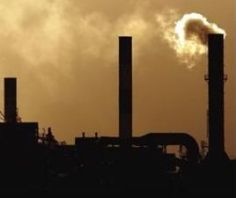 In the cleantech world, carbon sequestration, or the practice of capturing CO2 emissions and trapping them underground or inside materials, is something of a black sheep. Environmentalists call it a “boondoggle”, some engineers think it’s “absolutely crazy”, and even some politicians have called it a risky bet. Yet a string of recent announcements show that the technique has enough support to compete with other green technologies for attention, and money.

The most recent is a United States Department of Energy funding, which will put $126.6 million toward two separate sequestration projects, one in California and one in Ohio. The DoE now funds six projects in total. However, a much larger chunk of money, up to $1.3 billion, may go toward a partial revival of the canceled FutureGen project, according to an almost simultaneous announcement by the DoE.

Also unveiled yesterday were Exxon Mobil’s plans for a new plant in LaBarge, Wyoming, which will aim to freeze CO2 and other gases out of the methane that the company is mining for in the state, turning them into a liquid that it can then sell.

The surge of interest in carbon capture, which also includes studies in Washington and the much older Weyburn Project, is inspired in large part by the growing worry, held by utilities, mining companies and oil firms like Exxon alike, that a cap-and-trade or carbon tax system might soon be enacted in the United States. The DoE, with its responsibility for energy supplies in the States, has a natural interest in seeing fossil fuel plants continue to operate, and so will continue putting money toward carbon sequestration.

What’s more surprising is seeing that China, which has heedlessly poured money into coal, the cheapest and dirtiest energy source, is also getting into the potentially expensive sequestration game. A state-sponsored company called GreenGen is working toward a 400 megawatt generation plant with carbon capture technologies, with construction planned to start in 2013.

That’s significantly more ambitious than most other projects, both those in the United States and international efforts like Statoil’s Sliepner in Norway, which captures about 2,800 tons of CO2 each day. However, another Norwegian company called Sargas is claiming 95 gas capture at $20 per ton, and looking for funding for its own 400MW plant, to be built even sooner than GreenGen’s.

While most of the efforts involve large companies working with somewhat older technology that’s known to be expensive — Exxon has been using various form of carbon sequestration for 25 years — there is still some capacity for startups to take part. Researchers in France, for example, just announced the development of a nanomaterial capable of holding CO2, which will allow companies to skip the step of pumping it underground. And of course, there’s Calera, a Khosla Ventures funded company that claims it can use captured CO2 to make cement.

But ultimately, for most known methods, the projected costs for carbon sequestration rapidly become unsustainable. The reason isn’t just a dollars-and-cents issue, it’s also an energy investment issue. Compressing and containing CO2 requires large amounts of energy. That means that if you’re sequestering CO2 emissions from coal, you may need to burn an additional 25 percent just to provide energy for the sequestration process — which in turn creates more CO2. Among many other potential problems, possible leakage of CO2 is sequestered underground also hasn’t yet been ruled out.

Most corporations are well aware of these problems. In a just-released PricewaterHouse Cooper report, in fact, utility executives quizzed about which technologies they think will limit emissions the most ranked carbon capture much lower than nuclear, renewables, and energy efficiency, with carbon capture from gas-fired plants coming in dead last. (More on this report here.)

So what if all of these attempts at carbon sequestration fail? Well, providing the existence of a cap-and-trade system for emissions, carbon credits for environmental processes that capture CO2 may suddenly become all the rage.

For a sense of how much CO2 natural systems can capture, consider that North America alone draws in about 505 million tons each year. The world’s oceans take in a great deal more, which is the motivation for startups like Climos, which want to stimulate plankton growth. The methods that achieve widespread recognition and approval may well make a mint for their originators.