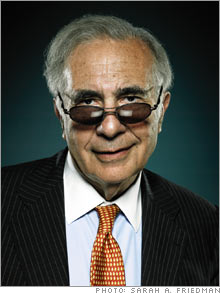 Icahn considers his own proxy war for Yahoo — Billionaire investor Carl Icahn began buying massive amounts of Yahoo stock last week — up to 50 million shares — and now is thinking about using that influence. He is considering replacing some of Yahoo’s board members (not quite the full replacement Microsoft was considering) with those of his own choosing, according to CNBC. Such a move could potentially force Yahoo to sell to Microsoft. The problem? The Microsoft offer is no longer on the table, and there is still no indication that it would come back even if Icahn is successful — though something tells me it would.

Google Search to be bigger than Windows next year — Some people still look at Google and wonder what exactly it does to make so much money? Next year, those people will be even more confused as Google’s search business is on track to surpass the size and profitability of Microsoft’s Windows business, according to Silicon Alley Insider. As SAI notes, this is just Google’s search business, this doesn’t even include its advertising wing, AdSense. Now perhaps you see why Microsoft so badly wants to becomes a legitimate online player.

Fisker Auto seeking a large round of funding — Fisker Automotive is seeking more funding to produce a $40K sedan in a few years, according to CNET. It is currently working on an $80K sports car. The back story here is that Fisker is competing with Tesla, which has the $100K Roadster (which was at the VentureBeat SF Green event) and is planning a $60K sedan. Tesla has sued Fisker, which Ray Lane (who was at SF Green) has called “ridiculous”. The Fisker founder helped design the Tesla. Fisker plans a counter-suit, according to Earth2Tech.

Electronic Arts continues to lose money — The world’s largest video game company, also know as EA, lost $94 million in the fourth quarter of last year as it spent a lot of money developing new titles. The loss was worse than Wall Street had been expecting, and significantly worse than the same time period last year, according to Bloomberg. EA is trying to take over game developer Take Two, and it could sure use the $500 million Take Two’s Grand Theft Auto IV made in its first week of sales. 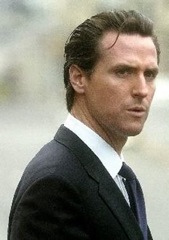 Mayor wants electric cars for San Francisco — San Francisco’s mayor, Gavin Newsom, may want to help Project Better Place move to his city, according to Earth2Tech. Better Place is an electric car startup that wants to build recharging stations all over Israel and Denmark, and has $200 million towards that plan. We’ve covered the startup extensively (see the links), and would love to see it in SF. However, considering Newsom’s failure to even get extra solar subsidies passed — we’ve heard further rumors today that the measure will die — it seems highly unlikely that electric car charging stations will fly, unless the money is all private.

It’s not TV, it’s iTunes — and HBO is on it — Following up on yesterday’s rumors of HBO coming to Apple’s iTunes store, several shows were in fact launched today. These include The Sopranos, The Wire, Sex in the City and others.