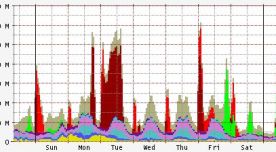 For almost a year, a private war of sorts has been waged on the tubes of the Internet: A handful of large Internet service providers, challenged by the traffic loads caused by peer-to-peer file sharing protocol Bittorrent, have been secretly, persistently blocking Bittorrent traffic. The community has fought back, enlisting media and political support to force the ISPs to observe Net neutrality — the concept of treating all traffic equally.

It’s a fight with broad implications, one that has the potential to set precedents for how business is handled on the Internet of the future, and with noble overtones recalling society’s fight against bigotry and discrimination. But increasingly, due to the rapid growth of video consumption on the Internet, which will result in even more traffic, it looks like Comcast and other ISPs have already lost.

The Bittorrent protocol was created back in 2001 by Bram Cohen, a coder who went on to found the company BitTorrent to build a business on top of the protocol (we’ll refer to the company throughout using a capital T). But unlike many Internet startups, BitTorrent didn’t have to fight for popularity. Its sharing protocol spread virally through the file-sharing community, which includes legitimate users, but is most famously composed of illegal, copyrighted-material-swapping types.

In its effort to commercialize, Cohen’s company signed some initial corporate clients and last year hired Doug Walker, a professional CEO. Its aim? To convince every major content distribution company on the Internet to use Bittorrent. They have a good pitch — not only has Bittorrent already been proven, but with distribution costs skyrocketing because of the increasing prominence of bandwidth-heavy video on the Internet, it can also dramatically cut costs for companies.

The basic idea behind Bittorrent is that its users, the people downloading files, receive each file in small chunks. In turn, they can send chunks on to other users — meaning if you download a file entirely with Bittorrent, you might have pieces from 5, or 50, or 5,000 different users. That’s very different from traditional “Content Delivery Networks” on which the Internet grew up that send out all the content from company servers.

What makes Bittorrent attractive is that, unlike incumbent CDNs, it’s free (in concept) for companies to use. That price tag is what allowed the file-sharing community to explode (beginning with the use of other, older P2P schemes). Companies these days are paying more and more for CDNs, so putting Bittorrent into the mix looks pretty attractive.

BitTorrent is building a business out of merging Bittorrent with CDN offerings. The company will deliver as much content as its client wants, pricing the data being served with Bittorrent at exactly half the cost of what goes over the CDN.

The amount companies use is limited only by performance. I met with Walker recently to talk about how BitTorrent is doing, and he told me that already, the first clients using BitTorrent to serve up video are offloading 50 to 70 percent of their traffic from their CDNs. One customer that distributes games has reached a 97 percent offload.

“You can’t get to video distribution that’s profitable enough without peer to peer,” says Walker, citing the current CPMs (advertising rates) as an economic driver. And as demand for video grows, Bittorrent becomes more efficient, making it even better for companies to use Bittorrent for the traffic.

That would appear to narrow the market for CDNs, but Walker says the opposite is the case: With Bittorrent helping drive overall growth, there will be an ever-larger market, and even more business for CDNs. Of course, the CDNs can also compete; it appears that CDN Akamai bought a company called Redswoosh to do just that. But for the most part, Walker says, the CDNs don’t understand peer to peer. He seems unconcerned at the prospect of competition. 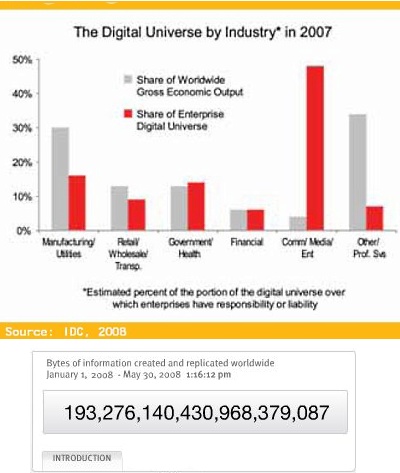 The really interesting part of my conversation with Walker was about how large the market will become. According to Walker, about 350 billion YouTube videos were shown in December 2007 alone. “These were never before heard of statistics. If the average American ten years from now consumes fifteen hours of video a week, that’s an extra thirty exabytes of data in the US alone,” he says. (An exabyte is about a billion gigabytes; for reference, a large hard drive today holds about 500 gigabytes).

But that’s also a bad way to calculate, Walker continues. Analysts use extrapolations like that to predict future growth. But that doesn’t include the quality gains online video is experiencing. Already, YouTube is far outpaced by high-definition offerings from services like Hulu. Those are the services that will draw on Bittorrent for growth, dishing out the highest quality possible given the advertising economics — which are also set for improvement. Where predictions suggest that video will account for about 60 percent of traffic growth on the Internet, says Walker, the reality will be much more.

And no estimate can account for unexpected trends. One example: The just-unveiled, bargain-priced Netflix Roku box, which delivers movies over the Internet, onto televisions.

Returning to where this story began, if the major media companies of the world all decide to adopt Bittorrent, the pressure on Comcast and its peers to play according to their rules will move to a whole different level. Walker says the movement already looks unstoppable, noting, “The only places we don’t have significant penetration are North Korea and Newfoundland.” However, it looks like Comcast may have already faced the music; it recently invested in a P2P firm called GridNetworks.

The growth, at the same time, will require a lot of rapid movement. CDNs and other content distributors like BitTorrent will have to move quickly, and there will surely be other winning plays in the peer to peer space. ISPs will require a massive amount of new infrastructure for which some outside sources — perhaps the government — may have to chip in. Otherwise, traffic jams and slowdowns could become commonplace.

For a bit more on how quickly traffic could grow, check out a piece on Human Productivity Labs from earlier this year, titled Estimating the Exaflood.