Potentially throwing a wrench into future ocean fertilization trials, which are intended to reduce carbon dioxide emissions by storing carbon deep underwater, the UN Convention on Biological Diversity called for a moratorium yesterday on the practice of adding nutrients to the oceans.

While it may not carry any legal weight, the “de facto moratorium” could prove problematic for Climos, the San Francisco, Calif.-based startup that is exploring the use of ocean iron fertilization (OIF) — the dumping of iron into surface waters to stimulate phytoplankton blooms. The idea is to get these tiny plant-like organisms to use the extra iron to absorb more atmospheric carbon dioxide so that when they die, the carbon sinks with them and gets sequestered at the bottom of the oceans.

The problem for Climos is that investors could get cold feet. If more countries decide to adopt stringent regulations banning the practice of ocean fertilization — or even if the U.N. and other international bodies simply frown upon it — VCs may decide to shift their money to safer, less controversial ventures.

The longer Climos’ planned demonstration gets delayed, the less likely its backers are to quickly recoup their investment and turn a profit. Without the funding, it’s extremely unlikely that Climos could even manage a smaller-scale demonstration — not that it would do much good, since those haven’t worked in the past.

The fact that the U.S. rejected the moratorium could make some difference. Since regulation of the practice flows either from the flag of the ship used to dump the iron or the port at which its equipment is loaded, Climos’ venture could still fall within the new measure. Ocean Nourishment Corporation, an Australian company also trying to sequester carbon dioxide, but with urea, will likely face more scrutiny, however, since its trials occur directly offshore.

The moratorium, which was adopted by 191 countries, will be referred to the London Convention (LC), which is part of the International Maritime Organization (IMO), for guidance. The LC, which regulates the disposal of wastes at sea, established a working group in November 2007 to review the scientific basis for OIF. It held a meeting last week at which Climos made the case for OIF, arguing that past research results and the need for further independent scientific demonstrations warranted its continued exploration.

Opponents of the practice are concerned that it could make the oceans more acidic, placing marine life at risk, while its supporters argue that it could help reduce global emission levels — though they recognize the need for more research. Evidence from past OIF studies remains inconclusive.

Because most have been either too small in scale or too short (or both), the initial drawdown of carbon dioxide they fostered quickly petered out — resulting in atmospheric concentrations returning to their original levels. Many scientists believe that longer, better-designed studies would provide some clarity.

Dan Whaley, Climos’ CEO, told me his company would wait for the London Convention’s scientific working group to release its report before making any decision. Acknowledging the level of support for the CBD’s moratorium, he reiterated his company’s position that commercial OIF activities should be subject to regulation and that they should not proceed without the evidence to back them up. He was quick to point out that the moratorium did make an exception for limited scientific research and said his company would abide by the London Convention’s policy recommendations, to be revealed within the coming weeks.

Despite the setback, Whaley said Climos’ investors remained fully on-board with his venture, and that he would resume seeking funds to pay for his firm’s planned demonstration once the regulatory outlook cleared up — which, given the UN’s and IMO’s past track record, could take a long time.

Climos may eventually decide to hedge its bets and move forward with its plans to carry out a large-scale demonstration if investor support is there. Faced with a potential regulatory backlash, however, it may prefer to stay on the sidelines for now. When I talked to him, Whaley was adamant in stressing his company’s commitment to follow any future regulations.

According to Earth2Tech, the company announced a few weeks ago that it was looking to raise between $8 and $10 million for a second round of funding, which it hoped to close during the first quarter of 2009. A the time, Whaley predicted that Climos’ third round could get as high as $12 – 14 million. 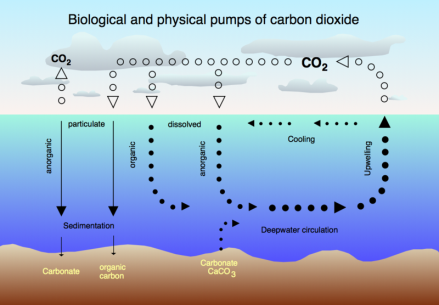