Over the past year, it has become difficult to read business news without finding a mention of how one company or another has launched a recycling initiative or installed solar panels. Motivations vary, but marketing departments long ago realized that going green generates good press. 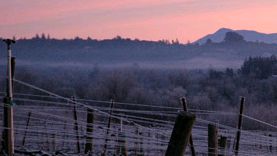 Enter Village Green Energy with a Facebook application it’s calling Green My Vino. With it, users give “gifts” of renewably generated electricity to each other; each time they hit certain milestones, a winery in Northern California permanently switches its energy consumption to use electricity from renewable sources like wind, geothermal or solar.

The idea is to tap into separate groups of people with different motivations in order to both expand the use of renewable energy and promote the wineries in question, says Rob Bearman of Village Green. While some users will just be interested in pushing a green agenda, others might want to give friends free gifts. Minutes of energy are distributed on an “unlocking” schedule, so a user has to give out a number of gifts before they can start giving away 10 minute chunks. And there is also the young wine-drinking crowd, who are most interested in the wineries themselves.

The company set the targets fairly low, so that all four wineries — Iron Horse, Girard Winery, Windsor Vineyards and Windsor Sonoma — will have to make the switch, which they were interested in doing before coming up with the app idea. If it’s successful, other wineries will jump on board to do the same.

The day of straightforwardly marketing green initiatives has certainly arrived. What remains to be seen is whether Facebook users are receptive to the message. A number of social action apps and websites have failed to attract more than tepid interest, and others have struggled to refine their message. One successful group is Carrotmob, which attempts to reward environmentally conscious companies by organizing consumers to spend their dollars differently.

Most have figured out by now that people don’t want to spend money (in Carrotmob’s case, it’s money that would be spent anyway), but another company, The Point has a scheme to get around that restriction, by making its campaigns obligation free unless they hit milestone numbers of users. That site is also launching new features this morning, in a bid to get more people on board.

Perhaps most importantly for Village Green, virtual goods are proving to be popular on Facebook, as well as other networks.  If they’re a hit elsewhere, they might also turn out to be a boon for the green movement.