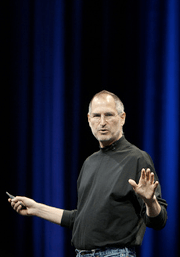 Apple’s App Store for the iPhone and iPod Touch launched exactly one month ago. In that time over 60 million applications have been downloaded, Apple chief executive Steve Jobs told The Wall Street Journal in an interview. Any way you slice it, that number is simply impressive.

Perhaps even more impressive is that even though most of the applications available in the App Store are free, Apple is selling an average of $1 million a day worth of apps. That equates to $30 million in sales in the first month and extrapolates out to about $360 million for the year if sales stay the same. I would imagine that instead the sales pace will quicken, and Jobs seems to agree. “This thing’s going to crest a half a billion, soon. Who knows, maybe it will be a $1 billion marketplace at some point in time,” he told the Wall Street Journal.

As many of us expected, it seems the App Store is big business.

Talk of these kinds of figures certainly would seem to lend credence to my thought a couple weeks ago that the App Store is going to spread through much of the rest of Apple’s product line eventually.

Still, Apple has maintained from the beginning that it doesn’t expect to make a lot of money from the App Store. It takes just a 30 percent cut from all sales and has said much of that money would simply be used for store upkeep. Its iTunes music store is much the same way, earning Apple relatively little money, but instead driving iPod sales, where Apple makes a killing. The App Store looks to do the same for iPhone and iPod Touch sales.

So the downloads are happening at a rapid pace, but what about actual usage, GigaOM’s Om Malik wonders? Malik says he has downloaded some three dozen apps but only uses four on a daily basis. He has some good numbers from Pinch Analytics that show that despite having them, many users aren’t using their apps all that much. Of course, it’s important to note that only a select few apps currently use Pinch Media to give statistics on usage.

I’ve actually managed to download more apps than Malik (is that a boast or does that just make me look pathetic?), and while I understand what he’s saying, it’s important to remember that we’re just one month into the store. Over time there will be many more useful apps. I’m of the belief that what we’re seeing now is just the beginning.

I think that is especially true with gaming on the device. Some of the early games are simply fantastic. I would have never expected the iPhone to be a Nintendo DS (Nintendo’s handheld gaming system) replacement, but for me at least, that has been happening.

“We think, going forward, the phone of the future will be differentiated by software,” Jobs told the Wall Street Journal. If that’s indeed the case, Apple has a pretty nice head start on its competitors. 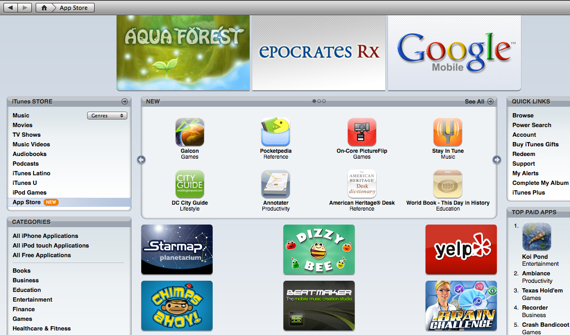