Mobile voice network operator Virgin Mobile USA has finished absorbing rival Helio — We heard a rumor, more than once, that “massive firings” were being considered, but Virgin Mobile tells us that this won’t happen. Instead, some employees have been “rebadged” to work at its IT partner, IBM. 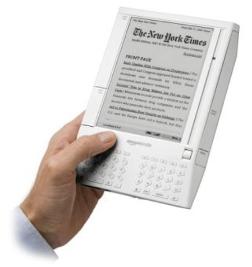 Amazon is developing a student version of electronic book-reading device Kindle — The question many students surely want to know: Will electronic textbooks on Kindle be any cheaper than the physical ones? In the meantime, colleges are buying students iPods.

Did Goldman Sachs shut off its employees access’ to Facebook? — That’s according to a Wall Street gossip blog; shutting off social network access at work is a relatively standard practice for large companies. This rumor wouldn’t be surprising. But neither the company nor employees I spoke with would comment, so I put the item here in roundup. Email me at eric (at) venturebeat (dot) com if you know more. 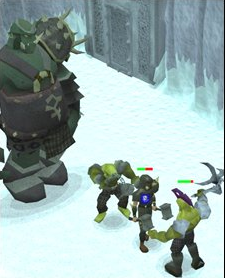 Study: More than half a million “gold farmers” in developing countries — In a real-world gold rush, people flock from everywhere to mine the ground or sift the river rocks. In online games like World of Warcraft, they “farm,” meaning they play mundane tasks within a game, like killing an important bad guy (see the screenshot of a pitched battle). This earns them virtual gold that they can sell to players with less virtual wealth but more of the real stuff. There’s more than half a million people doing this, the BBC reports, citing a British study [image also via the BBC].

The Economist calls Google Lively a flop, but it’s only a month old — Lively is a 3D avatar service that one day may be a more full-featured virtual world. Right now, though, people are having trouble using it due to numerous bugs. Google is well-known for releasing products as early as possible in their development. The company does this to test out what products are actually popular before spending too much time and money on them. This is a common practice for software startups, in general. We’re reserving judgement on Lively for now.

Ning shuts down WidgetLaboratory — The widget-maker had repeatedly violated Ning’s terms of service by offering widgets that affected Ning’s own site performance and by collecting private user data. Before that information came to light, WidgetLaboratory had accused Ning of eliminating it for competitive reasons only, according to Techcrunch.

Venture firm EDF files suit against anonymous commenter on TheFunded — The commenter had criticized the firm on the site. EDF earlier responded to the commenter with a subpoena against TheFunded itself, trying to gain more information about who this person is. [Note: We have a business relationship with TheFunded, including links to each other’s sites.]