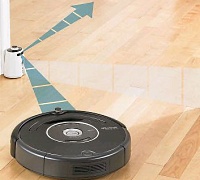 Roomba technologist moves to new robotic venture — Rodney Brooks, chief technology officer and co-founder at iRobot, is moving on to a new company called Heartland Robots, which will work to “rehumanize and revitalize manufacturing.”

Zombie networks surge ahead — Botnet networks of infected computers have tripled in size over the past three months, according to a tracker, the Shadowserver Foundation.

Newspapers giving business to ad startups — Faced with falling revenues, some of the biggest dailies, including the Chicago Tribune and LA Times, are going to startups like Creative Circle Advertising Solutions, Gumiyo and IQZone in hopes of winning back advertisers, according to VentureWire (sub. req’d). 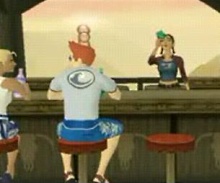 There.com adds Mac and messaging support — There.com, a competitor to Second Life, now works with Macs. The company also added an instant messaging tool called ThereIM, which can communicate with others either within or outside of the virtual world, as well as control some aspects of the game.

Avago Technologies files for $400M IPO — Singaporean chip maker Avago is planning an initial public offering in the U.S., although it has not decided on a share price or date. The company, which primarily makes LEDs and other lighting products, was once part of Agilent.

Codexis withdraws its IPO — Don’t get too excited about the IPO market. As Avago goes in, biocatalyst outfit Codexis is backing out, citing difficult market conditions. The company plans to make pharmaceuticals, biofuels and other products from its process.

NebuAd’s CEO hits the road — Controversial advertising startup NebuAd has lost its CEO, atop its many other problems.

Amphire merges with iTradeNetwork — Two supply chain startups that mainly work in food and hospitality, Amphire and iTradeNetwork, have merged their operations, taking on the latter’s name.

Mobile social network Buzzd teams up with Virgin Mobile — Buzzd will provide an ad-supported entertainment service to Virgin, combining user-generated content with material from Time Out Magazine and Flavorpill.