The hyper-local concept, which revolves around content — like business reviews — targeted to local niches, has had it rough. Over the last 18 months, two venture-backed start-ups, Judy’s Book and BackFence, have had to shut down. Another site, Insider Pages, sold to Citysearch without generating much of a return to its investors. Only Yelp seems to have gained a significant following.

So you might think investing in another local review company doesn’t make too much sense. However, this is exactly what Allen and Company and Dace Ventures have done in backing CityVoter with a $2.6 million second round.

Founded in 2005, with headquarters in Cambridge, Mass, CityVoter has grown by striking deals with local media companies (mostly TV stations) and adding local business reviews to their sites.

CityVoter counts Hearst-Argyle, Newsweek-Post and a handful of local FOX stations among its customers. It most recently announced that SFGate, the San Francisco Chronicle’s website, would use CityVoter to power its business listings and reviews.

A quick glance at a CityVoter-powered site makes it clear that we’re not dealing with a heavyweight threat to Yelp: CityVoter’s sites are mostly based around voting for your favorite businesses. The interface is clear but rudimentary and the listings are generally pretty sparse. It seems that the media outlets that use CityVoter are trying to find some way to increase engagement on their sites and hey, why not give local business reviews a shot? 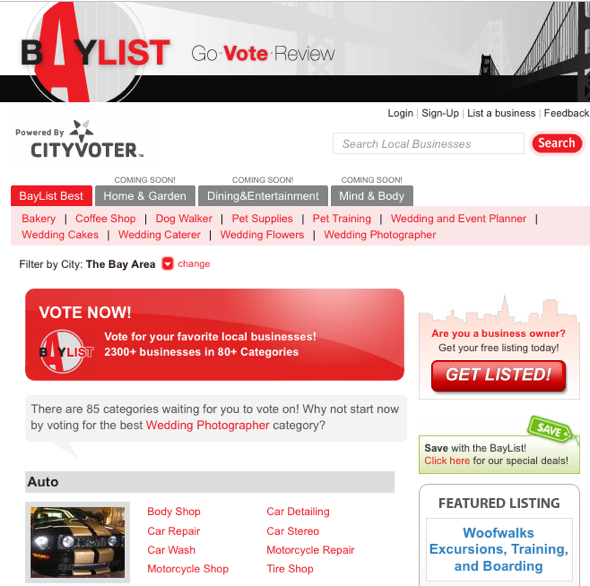