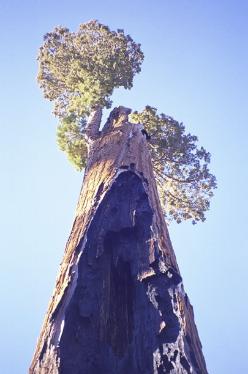 Leading Silicon Valley venture firm Sequoia held an emergency meeting yesterday to tell its portfolio companies to get ready for the worst, GigaOm is reporting and which we’ve confirmed from multiple sources. To drive the point home, startups were greeted at the gathering with a grave stone that said “RIP: Good Times.”

Many Silicon Valley companies have been wondering how — or if — the larger economic crisis may affect them. This is perhaps the surest sign yet that there’s no “if.” It comes at a time when Ron Conway, Silicon Valley’s most prominent angel investors, sent a similar warning to his own companies. Conway was burned badly by the last downturn, and it took him years to claw out of it.

“It was scary,” one Sequoia-backed chief executive told us about the Sequoia meeting, attended by scores of his peers. It lasted several hours, and the message was bleak. The speakers and presentation were to be kept confidential. Things could get a lot worse than people think, and it will be a “more protracted downturn,” Sequoia partners told its companies. “They were not fear-mongering,” one chief executive told us. “They were smart speakers. Sequoia runs on specifics, they’re very data driven.”

Startups are being told to cut expenses, and somehow survive a downturn that the firm thinks may last years. This wasn’t just general advice — presenting partners went through various components of company operations and specified how to cut. 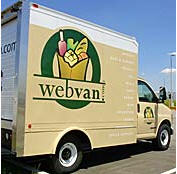 The firm has a track record of bust survival not unlike its scarred but still-surviving namesakes up in the Sierra Nevadas. Last time, in the late 1990s, Sequoia partner Michael Moritz helped drive the firm to raise a fund devoted specifically to invest in late-stage companies — those about to go public. Sequoia hoped to partake of the IPO bonanza at the time, but then the stock market fell off the cliff in April 2000, and Sequoia’s investments in risky companies like eToys, Scient and Webvan plunged with it. That fund performed poorly, but Sequoia’s subsequent massive successes in other companies, such as Google, has let Sequoia thrive. Moritz, who reportedly helped lead the meeting yesterday, is likely to be more conservative this time.

Sequoia’s recent investments include companies like Loopt and Admob, both of which took home prizes for top companies at our MobileBeat event. We’ve written about dozens of others in these pages, including Dropbox, Funny or Die, Meebo, Plaxo, RockYou, Aricent and Trulia. (Full list of Sequoia companies is here).

We’ve reached out to the firm for comment and will update with more information as we get it.

Matt Marshall contributed to this story.