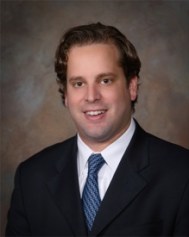 [Editor’s note: This is an Op-Ed piece by Todd Kimmel, a principal at venture capital firm Advanced Technology Ventures. Kimmel was previously an entrepreneur-in-residence at ATV, which led him to co-found Coskata, one of the most promising cellulosic ethanol startups on the market, in 2006. Early this year, he moved back to ATV to focus on cleantech investment.]

Traditionally, summer in Silicon Valley is a slower time, but this wasn’t the case with summer 2008. According to the Cleantech Group, during Q3 2008, $2.6 billion was invested in 158 companies across North America, Europe, India, and China, with $1.75 billion going to US-based startups and, more interestingly, $1.1 billion of that going to California-based companies.

It was a busy summer. And that was just what we needed, because it’s going to be a long winter. Some investors are warning of a bubble in the cleantech market, but the economic situation in the US will undoubtedly take care of this. The IPO window is closed and likely won’t re-open until 2010.

This is not good news for anyone, except early-stage companies that plan to have their heads down for the next year or more working on proofs of concept and reducing technology risk. Those companies will be in a better position than those in need of capital to scale.

We also may see the competitive gap between new startups and established players shrink over 2009 as early-stage companies are afforded the opportunity to catch up with later-stage companies that have no choice but to wait for the IPO and debt markets to re-open.

Capital-efficient companies and sector winners that can attract follow-on capital in any environment, and thus weather the next 12 to 18 months, may be able to time their development to come out emerge stronger and tougher in a market that puts a premium on growth companies. Or if you’re a later-stage company that can get to break-even with a capital infusion, you can spend 2009 building out your customer base and growing share.

Either way, in these difficult times, many companies will turn to strategics, sovereign funds, and governments that have cash reserves set aside for outsourced R&D and next-generation technologies. We’ll definitely see these three groups playing a bigger role in cleantech financing through 2009 and into 2010. Ultimately it will be a long game of survival of the fittest.

There Will Be Capital

Where will cleantech financings come from in 2009? I mentioned that we’d likely see dollars flow from strategics, sovereign funds, and governments, so that will help. Plus, according to the NVCA/Thomson Reuters, US venture capital firms have raised over $85 billion since 2006, so there’s plenty of capital out there. There’s also debt financing still available in the form of capital equipment financing, which is needed at the outset to fund key equipment for many cleantech companies.

Keep in mind that the bar will be raised significantly for new and follow-on funding milestones. Demonstrating that technology works in a lab may not be enough any longer. The companies that struggle most will be mid-stage startups are still in need of considerable capital to make a full demonstration of their technology. There will be little to no project finance to support growth in 2009.

Thus, companies will succeed by being capital efficient, or employing what I call a hybrid model. Hybrid plays are companies that have the flexibility and optionality to pursue a balanced commercialization model. For example, a hybrid company may have the potential to go to market with a product if project finance or strategic support is available. If not they can employ a licensing or partnership model to make it through.

And a few creative opportunities may remain for IPOs. We may see a couple US companies go public in Europe, where there’s a higher comfort level with alternative energy plays, or on the Hong Kong Stock Exchange in an effort to be closer to the Chinese customer base. With regard to merger and acquisition activity, there may be some value buys by large US and global corporates and sovereign wealth funds, but the best companies will hold out and approach the IPO market in 2010, or at least wait for a better M&A market.

All hope is not lost, but this is definitely a time for business basics, capital efficiency, creative thinking, and strategic alliances. Entrepreneurs: batten down the hatches, weather the storm, and be ready for 2010.

For investors, there’s more room for error with the early-stage investment, and we can use the downturn to our advantage. Later-stage mistakes are much more difficult to recover from, so early can be the best antiseptic. Go early or go late, but don’t get stuck in between. And if you have to go late, be very selective with your later-stage investments.