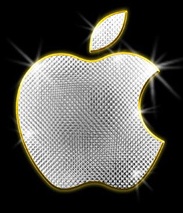 You may have heard that the iPhone is “an expensive toy for the wealthy and self-indulgent,” but that just ain’t so, according comScore‘s new report, titled “All about the iPhone.” In fact, iPhone adoption among consumers making between $25,000 and $50,000 annually grew a whopping 48 percent between June and August, more than three times its growth among those making more than $100,000 per year.

Since the report covers a relatively small time period, it’s hard to know whether this is a long-term trend. After all, the numbers could just reflect a temporary spike due to Apple taking $200 off the price with June’s release of the iPhone 3G. Of course, in the iPhone world, “low income” is actually closer to “middle income.” This demographic (which includes me) mostly falls above the United States’ average individual income (around $32,000 for people over 25).

Still, this confirms that the iPhone has an audience beyond the rich. It also backs my anecdotal sense that the iPhone isn’t a luxury anymore, but a practical economic choice — with the cheapest model priced at $200, the iPhone seems like a smart buy compared to purchasing both an iPod and smartphone. (At least, it seems smart until you get your first phone bill, with newly-increased data fees …) On the other hand, owning an iPhone and a BlackBerry, or an iPhone and an iPod (as I’ve seen around Silicon Valley) is probably still the domain of the rich.

Overall, the iPhone’s market penetration grew 21 percent from June to August, compared to 12 percent for smartphones in general.