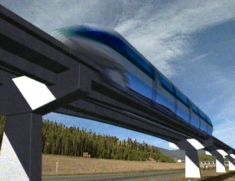 Proposition 7, a controversial ballot measure included in the November 4 elections that would have forced state utilities to provide half their power from alternative energy by 2025, failed to pass Tuesday night, in the face of an unlikely alliance of environmental groups and the utilities themselves.

The opposition charged Prop. 7 with having muddled wording and unclear aims, pointing out that it would be easy to discourage the growth of renewables with a badly-considered bill. If it passed, they said, the losers may have been small renewable energy producers, as opposed to less common mega-projects to erect thousands of wind turbines or solar arrays at once.

California has come out as the United States’ clear leader in cleantech, so the careful consideration, and then rejection, of this bill by the solidly liberal, pro-renewable voting base of California could be a sign that voters are quickly coming to grips with the actual issues surrounding the industry, as opposed to blindly voting for or against measures based on fear of global warming or energy prices.

Another bill, Prop. 10, was roundly rejected. The measure had been funded by Texas oilman T. Boone Pickens, who hoped to receive public funds for natural gas-driven vehicles.

The remaining pro-environment initiative is Prop. 1A, which would create a $10 billion bond for a high-speed rail line between the San Francisco Bay Area and Los Angeles. At midnight, the votes that had been tallied were slightly in favor of approving the bond. {Update: Early Wednesday, support for the bond has strengthened to a 52.4 percent with 90 percent of precincts reporting.]

We’ve written extensively about both the rail project, both noting its high possibilities for reducing air and car traffic, as well as the potential snafus inherent in funding and building such a large public work. The total line is projected to cost between $40 and $50 billion, but one critic suggests that the actual cost will be $100 billion or more. Yet the line could also attract private funding.

A prominent supporter of 1A has been Governor Arnold Schwarzenegger, a Republican who has pushed California to lead the nation in renewables and clean energy, despite his party affiliation. And interestingly enough, California’s unique political measures could soon get a chance in the rest of the country if, as a rumor on the WSJ’s Environmental Capital has it, President-elect Barack Obama reaches out to Schwarzenegger to become the country’s energy czar.