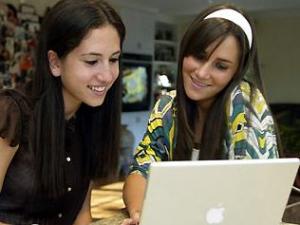 A new study by the MacArthur Foundation shows that all the time teens spend on the internet is actually not such a bad thing.

Parents often feel in the dark about what their kids are up to online, assuming that it’s dangerous or simply a method of procrastination. (Which, of course, it can be.) In fact, this extensive three-year study (conducted from 2005 to last summer) on how youths interact with digital media found that teens are learning both social and technical skills online that they would not have gained otherwise. Researchers interviewed more than 800 teens and their parents, with over 5000 hours spent observing teens use sites like Facebook, MySpace, YouTube and other social networks.

Sure, it may just look like someone is playing a video game, downloading music or sending silly, grammatically-challenged messages on Facebook. But it turns out that they’re also being exposed to new information and communities, and they’re more likely to retain the knowledge they gain there. Basically, the internet provides a more interactive, peer-driven environment than the sometimes-stifling classroom.

The study found, among other points:

Where does your organization stand on the AI curve? Find out with this survey!