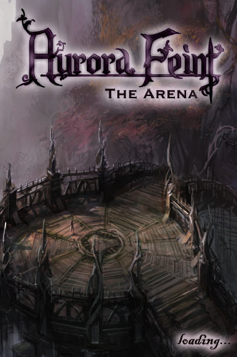 Since the launch of the Apple App Store for the iPhone and iPod Touch in July, there have apparently only been two games that have racked up over 2,000 reviews while maintaining a 4-star or above average (out of 5 stars): Tap Tap Revenge and Aurora Feint: The Beginning, says Aurora Feint investor and chairman Peter Relan. What that means is that a lot of people have really enjoyed these games, and in Aurora Feint’s case, there is an established fan base. With that in mind, its creators are launching a new iteration: Aurora Feint II: The Arena.

While a lot of sequels claim to propel the ideas of an original game forward, Aurora Feint II really does. Rather than being a single player experience, as the original Aurora Feint was, its sequel is focused on multiple players competing against one another. And that’s really the idea developers Jason Citron and Danielle Cassley always had in mind for the game. They wanted it to be a massively multi-player online gaming experience, and with Aurora Feint II, it will be.

But don’t think of Aurora Feint II in terms of some other popular MMOs like World of Warcraft. Instead, the game is being billed as an “Asynchronous Massively Multi-Player World.” Basically, that means that while you will be competing against others online, you will be doing so at your own leisure rather than head-to-head in real-time. The rationale behind this make sense: “What if one of the people [playing] gets a call?” Relan notes. The iPhone is an actual phone after all.

Normally, such an interruption would kill any chance of a successful online competitive gaming experience. The same can be said for a text message, or needing to check email or if you simply lose your connection. But because of the asynchronous nature of Aurora Feint II, none of that matters — the game goes on.

Here’s how it works: One person plays a level of the game (which is, at its heart, a puzzle game) and when he or she is done, sends that data to the game’s servers. As a competitor, you can then download this data (which includes not only scores but also a play-by-play of how the player made his or her moves), and put it into your game, creating a sort of “ghost” competitor.

If you’ve every played Mario Kart or other similar racing games, it might work to think of this as a ghost player record holder in time trial competition. (For talk about Aurora Feint’s gameplay itself, see my original post about the first release.) 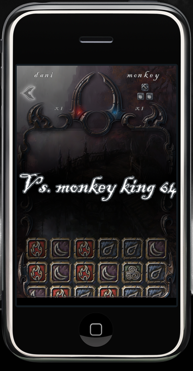 But what’s cool is that you can actually manipulate the opposing player’s score by making certain moves at the right time. This may seem a bit odd since the other person has already played, but using weapons, you can alter their game and work toward a victory.

An Aurora Feint social network of sorts that resides within the game allows users to search for opposing players including friends who have set up a challenge for them to take.

But there is one potentially major downside to Aurora Feint II. Whereas the first game was free, the sequel will be $9.99 (though it’ll be on sale until the holidays for $7.99). But this may end up being a good strategy. Aurora Feint basically built up a fan base by creating a great game that was free. Now that people play it and love it, they may be willing to pay for it.

Considering that this version took the developers something like two to three times as long to make as the original, let’s hope so. The online elements of the sequel are much more complex, and the graphics have been updated (they look great), as has the music.

“We’ve got to find a way to pay our bills,” Cassley says. If Aurora Feint II takes off like the first one did, that shouldn’t be a problem.

Aurora Feint II: The Arena should be available at some point today in the App Store. Of course, that is entirely up to Apple, so it could be pushed back to early next week, but look for it soon.

Update: Aurora Feint II: The Arena is now available in the App Store. Find it here.