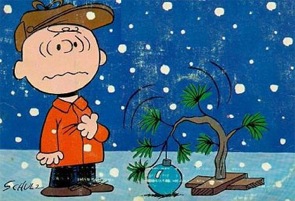 The big post-Thanksgiving shopping day known as Black Friday wasn’t as awful for retailers — at least for online retailers — as some had feared, according to new data from comScore. That’s a good sign for the online economy, since Black Friday is usually seen as an indicator of how the rest of holiday shopping season will go.

Online shoppers spent a $534 million on Friday, up 1 percent from last year. That’s not a dramatic increase, but at least it’s growth. PayPal did even better — it told Reuters it saw almost 34 percent more transactions on Black Friday this year than last year. In comparison, for the first 28 days of November, online spending is down 4 percent overall.

Honestly, I can’t imagine why anyone would do their Black Friday shopping anywhere but the web — no sale is worth the insane crowds found in some stores. But then, I was never much of a Christmas shopper, so I’m probably not representative. It does look like online shoppers were taking advantage of the lack of lines, with most of them avoiding the Black Friday ritual of rushing out in the wee hours of morning. Instead, the heaviest traffic came between noon and 4pm, according to comScore. And what were they buying? Apple’s iPod touch was the top electronics item on Amazon.com (so perhaps shoppers then bought some of the on sale iPhone/iPod touch apps), while the most searched-for item on eBay was Nintendo’s Wii gaming console, according to Reuters.

ComScore also notes that today (Monday) may be an even more important indicator for online retail, since many web sites launch their holiday discounts on “Cyber Monday.” Business on Cyber Monday corresponds strongly with the gift-buying season that follows, so get shopping.