Daily Fill, a new celebrity-gossip website, is the first project to come out of News Corp.’s internet startup incubator, Slingshot Labs. The site, which has yet to launch officially, has been live for at least a few weeks, if a mention of it on Twitter by NBC television personality Shira Lazar is any indication.

Slingshot, announced last February, intends to develop projects in conjunction with MySpace and other News Corp.-owned companies. Judging by Daily Fill, the incubator seems to be following the startup maxim of doing product releases early and often.

Daily Fill is stepping up to challenge Yahoo’s similarly photo-heavy and text-light gossip site OMG. OMG is, in turn, a clone of AOL’s super-popular site TMZ (which is also a TV news series). 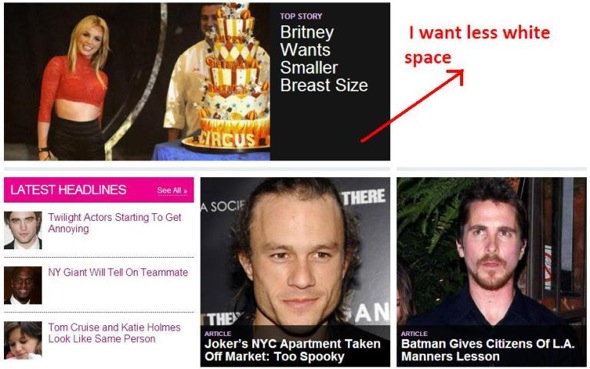 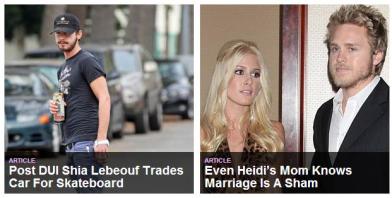 Since it hasn’t officially launched yet, we can forgive Daily Fill’s slightly haphazard appearance, with gaping white space and spelling errors (actor Shia LaBeouf probably won’t notice that his name’s been butchered). However, we like how easy it is to hover over the individual photos and get the quick scoop in the same area.

Update: The bothersome white space has now been replaced by a public service announcement ad that encourages parents to talk to their kids about drugs. It’s a Christmas miracle!