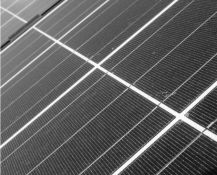 A few short years ago, most solar installers just sold their panels and plunked them onto the roofs in fairly standard configurations. The market has since blossomed to include a number of different, highly successful business models. A company called Solar Red hopes wants to offer the latest.

The reason that the solar installation business has been open to so much innovation is that both the panels and the act of attaching them to a roof are quite expensive. Most companies have worked around the idea of helping homeowners, and even some renters, pay for getting solar installed on houses they already inhabit.

Solar Red thinks it can do two things: First, reduce the cost of attaching panels, by integrating the process into the construction of a house, or periodic renovations; and second, push down the learning curve enough that regular roofers and construction workers can put on the panels.

Those general directives seem almost too simple, but Solar Red’s founder, Joe Augenbraun, says there’s no reason to be skeptical. “The way people install now was invented in the 1970s, and nobody’s ever taken a fundamental look at how it’s done,” he says. “In people’s minds, the way it’s done today is just a given.”

That “way” includes man-days worth of effort in bolting cost racks and brackets onto a roof and setting up complicated wiring schemes to channel the power from solar panels, to an inverter and then into the house’s system. It can add up to half the cost of an entire solar system, which is often over $20,000 total.

Augenbraun is somewhat secretive about what the Solar Red system will look like, for competitive reasons. However, a key component didn’t exist in the 1970s, or in fact until very recently: The micro-inverter, which cuts out much of the wiring work, and makes each panel a system unto itself.

Each panel will also be individually serviceable, making it possible for the homeowner or someone with a basic level of competency to make perform simple repairs. However, more expensive repairs, as well as complexities like getting permitting and applying for rebates, will happen through the company.

In all, the system reduces the total cost of solar by about 25 percent, says Augenbraun. The Foster City, Calif. company will open in two cities less than a year from now, and is on the market for about $6 million in venture funding.