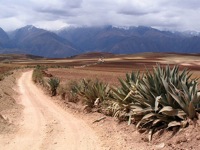 More than 400 venture capitalists participated in the survey, which was conducted between November 24 and December 12. Those VCs said they’ll probably invest less money next year than they did this year — 61 percent predicted total venture investments will fall by more than 10 percent. That’s discouraging, since venture investments have already been falling, but not surprising, since most of the fundings this year occurred before the crash of the financial markets. A majority of the VCs also said they expect to fund the same number of companies or more, so the bigger effect may not be on the number of fundings, but on the amount each startup can raise.

The NVCA’s announcement repeats on a theme we’ve been hearing frequently — that the best startups will survive and emerge stronger when things pick up; NVCA President Mark Heesen says the downturn will be a period of “Darwinian change.” He also notes that VCs should be encouraged to invest as they perceive  competition falling away and valuations dropping. 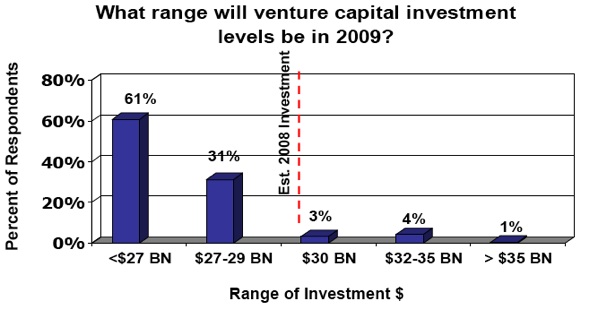 Nearly all respondents (96 percent) said venture firms will have more trouble raising their own funding next year. A slightly less overwhelming majority (85 percent) also said institutional investors will be reducing their backing of venture capital as a whole.

VCs predicted that international investments will be affected, not just fundings in the United States. Startups looking for early-stage and seed investment, as well as companies in the media and semiconductor markets, will probably see the sharpest drop in funding, while cleantech funding may actually go up.