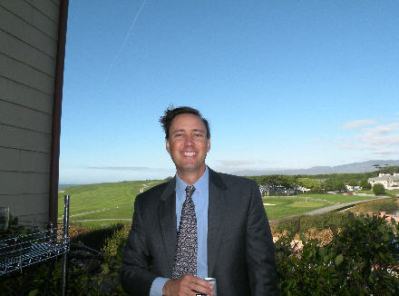 Steve Jurvetson, a managing director at Silicon Valley stalwart venture capital firm Draper Fisher Jurvetson, talks so fast I always have to use a digital recorder to capture his rapid-fire thoughts. Jurvetson is an investor who ventures deep into the technology of his subjects. He was passionate about investing in nanotechnology a few years ago and has since poured his energy into cleantech. He has had some big hits with investments in Hotmail, Interwoven, Kana, Tradex and Cyras — the last of which was acquired for $8 billion. He spoke with us earlier this year and we caught up with him again at the recent AlwaysOn Venture Summit West.

VB: What’s your own reaction to the change in the economic environment?
SJ: We believe that there is opportunity in the crisis. We recently had an event with our CEOs where we talked about working in the environment. We spent time talking about the financial risk. If you’re running a company, you can’t count on financing from your usual sources. Certainly not the debt markets or equity markets. But it doesn’t change anything about your ability to make your mark and change the world. We’re not alarmist. We see cycles come and go. We take solace in the fact that the fundamental drivers of innovation such as Moore’s Law (the prediction that chip capacity doubles every 18 months) aren’t interrupted by the vicissitudes of markets. There is a 100-year view of Moore’s Law. The was really no impact on innovation from the Great Depression, World War II – you name it.  Innovation continues. The ability to capitalize on it in an economy varies. There are difficult things to work through. But the big picture is you shouldn’t lose faith in the juggernaut of value creation that comes from the disruptive force of innovation and start-ups. That makes me, as a geek, very happy. We can’t tell you when there will be a recovery. We can be prepared for maybe two years before there is one.

VB: Will there be a big winnowing out of venture capital firms?
SJ: Yes. That is a secondary effect. It usually starts with later-stage investors and then ripples through, like a food chain. The difference from 2001 is that we have all seen this movie before. We have a recent downturn fresh in our memory and so we have put the alarm out sooner and collectively adjusted behavior better. What took a few quarters to ripple through the system before now happened in a matter of weeks. The thinking is that if it takes more time to raise money, maybe I better focus on cutting my portfolio down now. That will lead to a contraction in activity in the industry. Less capital will flow in over time.

VB: Was there an immediate effect from the capital call problem, where limited partners couldn’t make their commitments to put money into venture funds?
SJ: That has affected pockets of firms. The big one is the later-stage group. That’s the ones that aren’t really in venture capital. It’s the hedge funds, the private equity groups. That’s a whole different bucket. They got hammered early because their business model falls apart. Private equity is a tough place to be. Early-stage venture capital is different. There is no correlation between a weak IPO market and an impact on early-stage VCs. The VC’s companies are coming out five to seven years down the road, so there is no correlation today. We haven’t fielded a single call from a limited partner who wonders if our basic concept is broken. This is the best time ever to be investing in early-stage companies because everything is cheap. There is a second impact from limited partners who can’t make their payments. Venture funds have their own financial partners. Individuals and angels will be hit or miss. Some suffered, myself included. Those that depend on individuals will have a tougher time.

VB: How did all of your investments in nanotechnology pan out?
SJ: By one perspective, it went according to plan. From another view, it is taking longer than I would have hoped. The part that is going according to plan is that it is disappearing from the discourse. Nanotechnology isn’t something people talk about. It is technology that is so deeply embedded in a solar cell, a battery, or a new part of synthetic biology. When a nanotech company matures and becomes a real business, it becomes something else. It becomes a biotech company or a cleantech company or a memory chip company. Nanotechnology has fueled the core innovations in electronics and energy. The new memory chips, the new solar cells, and the new batteries use nanotechnology because with more precise control of materials you can make a more efficient device. You have less waste. One thing I learned from nanotechnology was that microbial path for nanotech is much more exciting. It’s a near-term opportunity.

VB: Your interest in cleantech grew out of your interest in nanotechnology?
SJ: That’s exactly right. Nanotechnology is applicable in bio-nano, or reengineering microbes. If you want to build a hydrocarbon and do it atom by atom, you have to turn to nano-biology. Electronics is developing more slowly in the adoption of nanotechnology. With nanotechnology, if you can do things in a fluid medium, it works better with biological applications. Energy is thus working well. Making fuels and chemicals in a fluid medium is working well. Doing things with atomic precision on a planar surface in a vacuum for a chip is more difficult. The first markets for bio-nano are in energy.

VB: How do you look at the hype cycle for energy? Now that oil prices have dropped, is there panic in cleantech?
SJ: When oil prices were high, people were panicking about that. We haven’t invested in any cleantech companies that are predicated on a business forecasts where a barrel of oil has to be more than $30. Will oil go below $30? That may hurt some marginal companies. Energy has a broad swath. Some parts of it are not dependent on the price of oil. Some are. Every new industry has exuberance in advance of reality. The techies get carried away. There is a period of despair. Then the pendulum swings the other way and people see the long term potential. It’s like when the Internet bubble crashed.

VB: Will cleantech goodness offset all of the pain in the rest of the economy in Silicon Valley?
SJ: On some level, yes. Something new will always be the source of growth in Silicon Valley. We’re a constant crucible of innovation. In the long term, ten years from now there will be an industry that drives growth in the valley. And we probably haven’t even thought about it yet. Now, you look back at things that were in the hype cycle five years ago. They went through a trough and are on their way back up. One example was the misplaced hype on the Human Genome project. It was way too complicated to do anything with it. But it proved out the tools for the genomics revolution and understanding the genomes of single-cell organisms. People are building products all over the place in a quieter, less celebrated way. Just like the Internet is interesting today, the genomics revolution is going to be interesting in a few years.

VB: What are some areas you would stay away from now and what’s hot?
SJ: I’d stay away from investments in a variety of sectors that are capital intensive. Anyone who says we need $100 million before we know if what we’re doing makes sense and the customers want it – that’s not going to work. Some of that will be restructured. They will work with corporate partners to finance development. They give up some revenue potential but don’t have to invest money upfront. That fixes a bad business model. With that caveat, there isn’t a sector we avoid religiously. Within cleantech, some things are capital intensive and they can’t get around it. We had a bio fuels company that normally would spend $20 million to do an R&D pilot. They figured out how to prove their microbes do what they are supposed to do with aquarium equipment. That was a lot cheaper and it was creative.

VB: Is energy itself looking like it is divided into over-funded and under-funded areas?
SJ: Yes. Energy is over-funded in sectors such as solar cells. Some biofuels areas are over-funded. Trying to do ethanol is a bad idea, corn or even cellulose too. But others are making high-margin industrial chemicals. It has huge profit margins. They get it from petroleum now, but using microbes to arrange molecules more precisely. You have molecular precision and you take junk and make it into chemicals.

VB: What’s your own sense of where DFJ is going?
SJ: We are simultaneously expanding our effort domestically and internationally. History has proven time and again that downturns are the best time to invest in new start-ups. You get good deals and find a better environment for start-ups to grow. It’s like good parenting or good corporate DNA – it gets established in down markets. The culture frugality of Dave Packard and Bill Hewlett from the Great Depression has lasted at HP through today. The companies that are built to last are built in healthier parenting environments. We have been the most aggressive about investing in downturns – both the last one and this one. In the third quarter, we were listed as No. 1 in venture activity. I expect that to continue. We’re also active in other places of the world.

VB: Going forward, what kinds of returns are possible?
SJ: For early stage venture, it’s the same. A few hits will drive the portfolio. It’s a question of finding winners that return 100 or 1,000 times the investment. That’s a great place to be. We are seeing more innovation than ever before. That’s a great combination. We could still screw up. It’s not a surefire path to success, but it’s a good macro-environment for our business.

VB: Cleantech deals have a history of being very weird. What comes to mind in that respect?
SJ: There is an Israeli company, Kaiima, that figured out if you take plants and double the amount of DNA, give it four pairs of chromosomes instead of two, it will then grow like a normal plant. There is nothing artificial about it. It still grows. On average, it will be less likely to have any recessive diseases. The things that stunt growth or make them vulnerable are less likely to occur. That’s pretty wild. I’m directly involved in the field of synthetic biology, where we create something new with a computer program. Now you can make DNA with no animals involved. The first generation of biotech was to cut and paste big chunks of natural things and work on it for years. You get something that you want out of it, like better rice. Today, it’s much more a matter of programming. You can get the combinations you want more easily. It’s like genetic alchemy. You take animal. Take 100 percent of its DNA out. Put in the DNA of another animal and it changes. That’s been demonstrated in organisms across species as different as mice and men. That unlocks amazing potential. It beckons all kinds of interesting questions. The microbes can convert hydrocarbons and harvest energy from the sun in a green, sustainable way. A big part of green tech will be organisms that eat waste.

VB: Five years from now, what do you look forward to?
SJ: Learning something new. That’s the great thing about my field. I can’t venture a guess but I promise you it will be something that will come out of the blue.