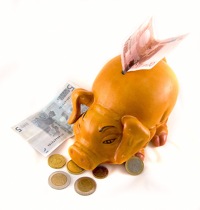 E-commerce giant eBay just announced its earnings for the fourth quarter of 2008. Revenue is down, but the San Jose, Calif. company did manage to beat analysts’ earnings expectations. It reported revenue of $2.04 billion, down $145 million from the same period in 2007, earning 41 cents per share (non-GAAP). That’s 2 cents higher than analysts expected.

The source of eBay’s decline is its core product, the online marketplaces, including eBay.com, Shopping.com, StubHub.com, and others. Collectively, marketplace revenue fell to $1.27 billion, down 16 percent from Q4 2007. That’s no surprise, given the broader downturn and reported declines in both offline and online holiday shopping. EBay points to the strengthening the U.S. dollar as another source of its woes, since 55 percent of marketplace revenue comes from outside the United States. EBay’s marketplaces, while still leading in e-commerce traffic, face growing competition from Craigslist and especially Amazon (see comScore chart below).

The company’s other business units actually did rather well. The payments division, which includes PayPal, posted $623 million in revenue, up 11 percent from last year, while Skype contributed $145 million, up 14 percent. But growth in these divisions can’t make up for the big decline in the marketplaces, and eBay lowered its predictions for the first quarter of 2009 to between $1.80 and $2.05 billion.