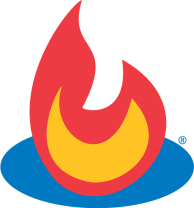 Update: See this comment from Feedburner co-founder Dick Costolo for more on the progress the service is making.

Before Jason Shellen left Google and started Plinky (which launched earlier today), he helped develop products like Blogger and Reader — and he was the one who did the due diligence for Google before it bought FeedBurner for $100 million back in 2007. While I was talking to him about Plinky today, I asked him why he thinks FeedBurner has been having so many problems for so long. Problems like a new post on a blog not showing up in RSS readers and aggregators for hours, or problems like articles not even being picked up at all. Problems like not having a good way to get basic technical support from Google about the problems.

Feeds are vital to the web. The RSS (or Really Simple Syndication) standard allows sites to know when other sites have updated with new information, including blog posts, podcasts and videos. Many web sites and content aggregators have come to rely on FeedBurner to distribute the new data they publish. For VentureBeat, a large portion of our regular readers choose to read us using Google Reader, Bloglines, Netvibes and other personal feed aggregator services. Feeds are just as important for getting our stories picked up on news aggregator sites like Techmeme, that are trying to automatically crawl and sort the most interesting new content on the web. Indeed, Feedburner problems “are so bad” that unhappy Feedburner user and Techmeme founder Gabe Rivera has created his own software tool for finding new content. “I put in a workaround enabling Techmeme to find new post URLs for some blogs even when they’re not yet in the Feedburner-served feed,” he tells me. 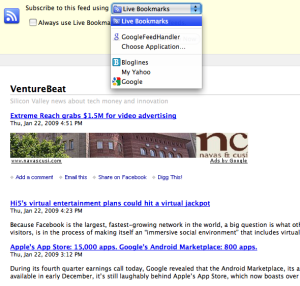 Shellen thinks that what “happened behind the scenes is that the sales team can sells ads [in FeedBurner feeds] if it wants to, but with so many other products, managing feeds is fairly low on the list.” So supporting FeedBurner isn’t getting the sort of resources — engineers, servers, etc. — that it needs because its not making enough money. It’s hard to think of what the other reasons might be; the original Feedburner team is comprised of talented entrepreneurs who, on their own, built a product that was becoming ubiquitous on the web before Google came along. But after all, ads in feeds don’t make much money — something VentureBeat itself experiences first-hand.

Feedburner problems aren’t new. Laughing Squid and a number of blogs had problems with FeedBurner’s feed-based email delivery service last month. This month, the problem seems to be that feed statistics counters on blogs like TechCrunch aren’t showing the correct number of readers. This is an issue that should be resolved shortly, we hear, but it’s something that’s happened several times over the past few months. Feed analytics is probably the reason most blogs are using FeedBurner in the first place, and if it isn’t reliable for that, what’s the point in using it? Speaking of, Shellen says that Googlers keep telling him they’re “working on” new analytics features, but improvements have been taking awhile.

Things are bad enough that Shellen himself got halfway into using FeedBurner for Plinky before he and his cofounders decided to ditch it and build a simple, “home-brewed” version, he tells me. Plinky is trying to make it easier for people to create and share content on other sites — functional feeds are certainly a requirement in doing that. They’d much rather use FeedBurner, but it’s just not working for them. “It’s the best thing around and we are chomping at the bit to use it,” he says.

Google is in the process of making all FeedBurner users migrate over to its servers. One can only hope that will end these recurring issues, but there’s little reason to believe that will be the case. After all, the migration process itself created an error the other day, one that had to be fixed by the FeedBurner team. To be fair, that team, made up of some of those who started the company, has been responsive in helping us through the issues we’ve encountered in the past few weeks. But the fact that there are multiple issues to begin with is the problem — for both the service and its users.

MG Siegler contributed to this article.