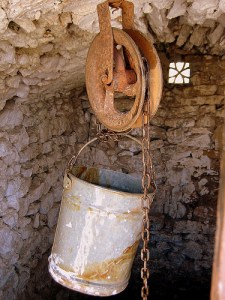 Twitter is closing in on raising another round of funding, according to TechCrunch. The site reports that the micro-messaging service has signed a term sheet with at least one venture fund, and that the round will put its valuation at $250 million.

This valuation is a huge jump from where it was during Twitter’s previous $15 million round back in June — probably in the $80 to $100 million range. That was before Facebook looked into acquiring the service for a figure close to $500 million — but that was all in stock, and Twitter wanted some cash, reported BoomTown at the time. The other problem with that deal was that the $500 million in stock was based on Facebook’s ridiculously high $15 billion valuation from Microsoft’s investment in 2007. The common-stock valuation has Facebook more in the neighborhood of $4 to $5 billion.

Twitter has raised a total of $20 million in funding over two rounds from investors including Spark Capital, Bezos Expeditions, Union Square Ventures and Digital Garage. Of course, during those last two rounds of funding, venture capital was flowing much more freely than it is now, so if Twitter is able to secure another large round, that will be pretty impressive.

A couple weeks ago, Twitter hired a director of mobile business development, who is also expected to help with its overall business model. The company has come under a lot of scrutiny for having seemingly no plan for making money, but indications are that it’s getting serious about developing a viable model this year.

The service is still growing at an impressive rate and, with celebrities like Shaquille O’Neal, Ashton Kutcher and Jimmy Fallon now using it regularly, it seems to be on the verge of breaking into the mainstream.

No word on how much this investment round might be, or who would be involved, but we’ve contacted some of the usual suspects and will update you if we hear back.