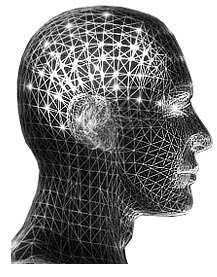 Intellectual Ventures, the patent-licensing firm created by technologist Nathan Myhrvold, has purchased the patent portfolio of microprocessor maker Transmeta, according to an announcement yesterday.

It will be interesting to see what Myhrvold does with the technology. Intel-compatible microprocessors are a huge market, perhaps $30 billion or so. Such chips are among the rare semiconductors that can command prices of hundreds of dollars — sometimes more than $1,000 — for just a tiny sliver of silicon. If Myhrvold stakes a challenger to Intel, that could be a very big deal in a market that is essentially one giant and a 98-pound weakling, the latter in the form of Advanced Micro Devices.

Of course, many a company has died trying to compete with Intel. Myhrvold was a big believer in past Intel challenger MicroUnity Systems Engineering, which failed to beat Intel. It made a partial comeback only when it got a large patent-licensing settlement from the company. Intellectual Ventures has acquired a large collection of patents that has generated $1 billion in revenue for the company in the past year and $300 million in payments to individual inventors.

Novafora will improve its own product design using the Transmeta technologies under license from Intellectual Ventures, which will also provide non-exclusive licenses to other firms for the Transmeta patents. I’m not sure who will go for this, since Intel and AMD are the last companies left standing in this business. Not even Nvidia wants to take on these guys.