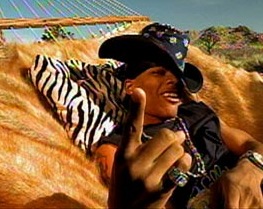 It seemed pretty clear yesterday that Google wanted the focus of its YouTube announcements to be on the downloading and Creative Commons angle and less on the potential revenue it could earn from the downloads it will charge for. To me, this seems like a clear indicator that it doesn’t expect to earn too much money from this, and certainly not enough to silence its critics who argue that the service can’t make money.

While the details about paid downloads were pretty scant yesterday, I emailed Google for a bit more. First and foremost, I wanted to know how much money Google would actually see from these downloads. After all, Google won’t take any cut from Android paid applications when those go live shortly (it will be split between the developers and carriers). But Google will be taking money from these paid YouTube downloads.

“We do not disclose the specific revenue share, although I can tell you that partners get the majority of the revenue,” I was told by a YouTube spokesperson. “Majority” can of course mean anything from 51 percent to 99 percent. If I had to guess, I would bet it’s probably somewhere in the middle.

Okay, but Google’s minority share of the revenue can have different implications depending on how much videos cost. YouTube told me that while there is no specific price ceiling (video publishers can set any amount of money they want for their videos), that all of the paid launch partner videos are $0.99. 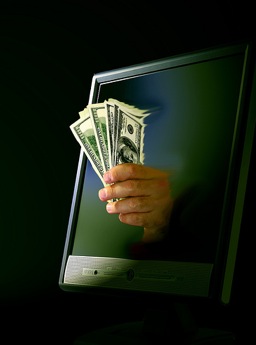 Again, all of these publishers are selling their videos for $0.99, with each taking the majority of the revenue for each sale. While I mean absolutely no disrespect to any of these, it’s pretty clear why Google didn’t want to play up the monetization aspect of its download announcement. While these kind of videos may make some decent money for the publishers, for Google, this will likely be next to nothing.

Of course, Google will roll out with more paid partners as time goes on, but for serious money from downloads, it’s going to need the big boys. That is, the major movie, music and television studios. And while Google has started to re-up its deals with some of the music bigwigs — Sony being the first, as reported by MediaMemo yesterday — is it likely that we’re going to see any of these old media behemoths joining the paid download YouTube revolution?

Not without DRM. And right now, YouTube has no DRM options for the downloads as it’s all being done under Creative Commons licensing agreements.

To DRM or not DRM? That is the question

But perhaps that is coming. And there is one exception that could start shortly: music videos. I could certainly see the music labels wanting to offer the option of downloading its music videos, perhaps for the $1.49 – $1.99 price that they sell for on iTunes. DRM isn’t as big of an issue for those, as some of the labels have also dropped DRM from music videos on iTunes as part of the larger plan to drop DRM from its music collections.

But for movies and TV shows, YouTube will undoubtedly need DRM to get the studios to play ball. And while Google may be able to find a few viral videos here and there that will be downloaded a huge number of times and bring in some money, the real money under this model will lie in the professional content.

But perhaps YouTube doesn’t care about real money from this plan, maybe this is just supplemental, and meant to help independent publishers. That’s a nice thought, but it will do nothing to shut up the critics who want revenues from the world most popular online video site.