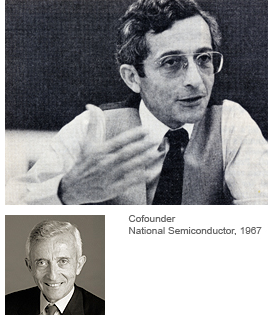 Lamond, 78, is renowned in valley circles as one of the hardest working venture capitalists, but he also prefers to work behind the scenes, and so doesn’t have the same public profile of other big-name venture capitalists, such as Khosla or John Doerr, of Kleiner Perkins Caufield & Byers. (Picture at left top shows Lamond in 1967; at left bottom is a more current picture.)

He also exudes the stern demeanor exuded by Sequoia Capital partners, such as co-founder Don Valentine. The firm is famous for shying away from media attention. It was Lamond, for example, who would attend the early board meetings at video-sharing company YouTube, and put pressure on the YouTube founders, asking them each time how their traffic was coming along. YouTube co-founder Steve Chen once told me it was Lamond’s stern questioning — especially whenever traffic tapered off — that kept the founders on the edge of their seats during board meetings, frightening them so much so that they’d do anything they could to make sure traffic kept growing every month.

Lamond, who was a founder of the early chip company National Semiconductor, was last year planning to retire from Sequoia. Instead, he says he was lured away from that idea through conversations with Khosla, who impressed Lamond with his focus on funding bold, scientific companies.

Lamond told the New York Times that he will not focus on one specific sector but that he is interested in companies that deal with energy storage, lithium-ion batteries, water purification and conservation, carbon dioxide and the transport of electricity. This fits nicely with Khosla Ventures, because that firm has focused heavily on clean-tech investments. Lamond has already invested in a Khosla portfolio company, the lithium-ion battery start-up Seeo, as an angel investor.

“Khosla Ventures is going back to the source, to the way venture capital used to be done,” Lamond told the New York Times. “A focus on growing companies from scratch is what venture capital is all about — not just because this is exciting, but it is also the way to make money.”

Ouch. That’s a bit of a slap at Sequoia, which has enjoyed a reputation until now as one of Silicon Valley’s most prominent and successful firms. Only two other firms rival that reputation, Benchmark and Kleiner Perkins. Khosla’s firm is relatively new, founded a few years ago after Khosla left Kleiner Perkins.

However, like other large venture firms, Sequoia appears to have drifted slightly from its pure focus on investing in early stage startups. It has raised large amounts of funds for companies that are much more mature.

Khosla has funded companies like Soladigm, which makes window glass that can block light in the summer but let it through in the winter, notes Forbes, which also has a good story about the transition. Soladigm uses semiconductor processes to make the glass, something that Lamond can bring value to, based on his experience.

Lamond will stay on the boards of the three Sequoia portfolio companies: Luxim, which makes energy-efficient lighting; Santur, a tunable laser company and Achates Power, which is making a fuel-efficient diesel engine.

The move also comes at a time when Khosla is trying to raise its first fund from institutional investors, and so Lamond is likely to help with that effort. Until now Khosla has relied on most of his own money to fund companies the firm has supported.