I’m here at the South by Southwest conference in Austin, live-blogging what Facebook has billed as a big announcement.

And it is: “For the first time, your iPhone apps can now have friends,” says Dave Morin, Facebook’s senior platform manager. 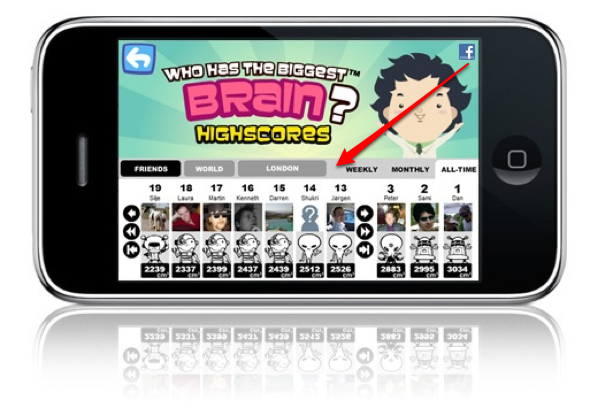 The company has been working with a number of third-party Facebook and iPhone game developers to more tightly integrate Facebook user data into iPhone and iPod Touch games and other applications.

While companies have previously developed their own, convoluted methods of implementing Facebook Connect (Facebook’s service for letting other web services access your data), that process is now much simpler. An application with Facebook Connect now shows you a button that you can click to sign in to Facebook. As with Connect services already available on the web, you see a Facebook box open that asks you to provide permission to the third-party application so it can access your Facebook data. You can also give the developer permission to send information about your activity on the app back into your Facebook news feed.

Along with this news, a lot of Facebook gaming apps have just been made into iPhone apps. Other iPhone apps are also launching with Facebook Connect integration.

Facebook is also going to open up a new round of its fbFund app developer funding competition to Facebook-iPhone developers — but it’s not saying more for now.

Here are my live-blogging notes:

11:36 Morin is talking about the recently-redesigned news feed (or “stream” as Facebook is calling it now) and the redesigned public profile “Pages.” That’s after spending five minutes reviewing the history of communication.

11:39 Gary Vaynerchuck of Wine Libary TV is talking about how brands need to listen and how Facebook Pages help them do that.

11:48 Entrepreneur Loic LeMeur is on stage — His video company Seesmic is now offering a desktop app for reading Facebook messages and updating your status. You can get it here. [Update: Facebook also tells me that it has much more in the works when it comes the desktop — but I’m not sure what the company means by that.]

11:49 Morin says that Facebook is looking at ways of working with a group of developers promoting a standard “Activity Stream” for the web.

And here come the mobile announcements. 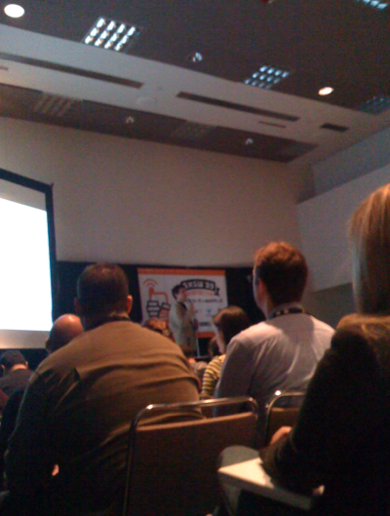 11:53 Sebastian de Halleux, co-founder of game company Playfish, is on stage. He’s announcing the company’s first lineup of Facebook games now ported to the iPhone. Those games: Who Has The Biggest Brain, Geo Challenge, War Challenge.

11:56 Shervin Pishevar of SGN is on. He says they just hit 10 million users on the iPhone. He’s announcing a new game called “Agency Wars” that lets you act as a secret agent and try to assassinate your friends. Bowling iPhone app iBowl now lets you see which friends are online and playing.

11:59 Andrew Lacy of Tapulous. Tap Tap Revenge 2 is coming. Challenge is that not all of your friends have the iPhone — so good to have a big “social graph” of friends.

Activity from the iPhone can be shared back to your Facebook news feed.

12:06 Joe Greenstein from Flixster. 17 million people use it every month on social networks, iPhone, etc. Shared 1.9 billion movie ratings. Movies 2.0 app has been approved in the iTunes App Store and will be on later today.

New round of funding just for Facebook Connect on the iPhone. Check here for more.