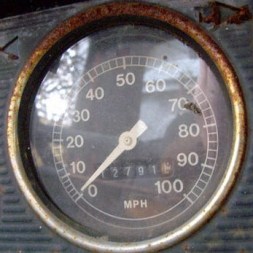 Netflix‘s streaming movie service is still relatively new, but I’ve noticed that the performance has gotten plunky recently. A possible culprit could be the switch to Microsoft’s Silverlight platform, but the folks at The “Break It Down” Blog are pointing to something a little more nefarious. You guessed it — bandwidth throttling.

The accusation stemmed for a series of tests that were performed after one of their bloggers experienced subpar picture and load times from the service. Long story short, after finding a roundabout way to access the streams from outside Netflix’s interface they noticed a marked increase in download speeds. Naturally, this raised the question: Why would Netflix throttle its own data streams?

First, it’s worth noting that the evidence (though compelling) is largely anecdotal. There are myriad factors that determine an application’s access to bandwidth in the home setting; and, with all the recent hubbub over ISPs like Comcast shaping traffic, it’s questionable whether the blame rests solely on Netflix (if any is to be assigned at all). But for the sake of argument, let’s assume that Netflix does keep a vice grip over the speed of its streaming service. Would that really be so bad?

Of course, throttling is widely frowned upon because it imposes limits to the all you can eat buffet that is the internet. But in the case of Netflix’s “Watch Instantly” service, it’s a little bit different. It was just last month that company CFO, Barry McCarthy, explained that the fledgling service is designed to add value to the core business (i.e., DVD rentals by mail). As such, the going strategy is to improve the service incrementally until its customers’ viewing habits are in line with a full-fledged transition to viewing content online in a streamable/downloadable format. This might not be the bullish stance online videophiles want to see from Netflix, but at the very least it makes sense.

In the meantime, earning reports have shown that the service is incredibly costly in its current state. Providing over 12,000 streaming titles at no additional cost to subscribers is not only expensive in terms of licensing media, but funding the back end (servers, bandwidth, etc.) has got to be a fiscal burden. Given that the company has decided to slowly improve the service, and that it has shareholders to answer to (in a soft economy, no less), one could argue that bandwidth throttling in the interim could be necessary for the service’s survival.

Does that alleviate Netflix from its responsibility to be transparent to its customers? Not in the least. And I have to admit that I’m still extremely curious about the recent slowdown, throttling or not. But at the very least, I think we all can agree that it’s rare that a premium web-based service is offered for free without a few bumps in the road.

Just ask anyone who uses Gmail.