Up until this point, the U.K.-based site has made waves in both the record and internet radio industries by allowing users to create and play their own radio stations derived from Last.fm’s catalog of licensed tracks. Even after its acquisition by CBS in 2007, the site’s business model has primarily been ad supported in all countries, allowing users to access the site’s music, community, and recommedation features at no charge. Power users have always had the option of paying a subscription fee to secure priority on Last.fm’s streaming servers, but today’s announcement is decidedly different.

According to Matt Ogle, one of Last.fm’s site developers, the continued lack of subscription fees for U.S., U.K., or Germany users is a move to focus on ad sales in those markets. Ogle also explained that CBS Interactive’s pre-existing salesforce in those regions makes them more appealing (and likely lucrative) for ad supported operation. 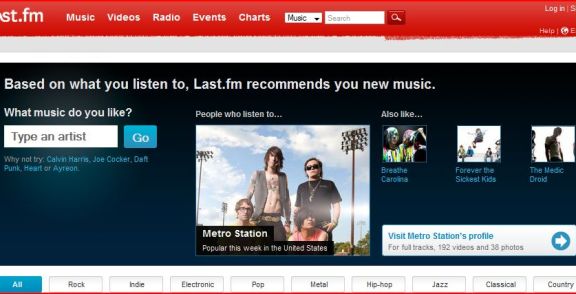 With the lack of ad response elsewhere in the world, company executives feel that the modest subscription fee is the most conservative way to continue generating revenue for its streaming service in all regions. After the switch is made on March 30th, customers outside of the U.S., U.K., or Germany will only have free access to a 30 track free trial, as well as recommendations, artists info, videos, and other community features.

The big question is whether this will come back to bite Last.fm. As a web-based property that previously offered its service for free across the globe, it’s likely that the new subscription model will upset a number of users.Despite this, the company could be stuck between a rock and a hard place if Ogle’s depiction of CBS’s sales force is correct. If the company’s lifeblood is primarily ad revenue, and CBS doesn’t have the means (or possibly the inclination) to focus its ad sales outside of the U.S., U.K., and Germany markets, then Last.fm may be left at its parent company’s whims — regardless of its previous business model.