Department of Energy shines on Solyndra — The solar company landed a $535 million loan to continue developing its technology. The New York Times has more.

A wormy April Fool’s Day — The Conficker computer worm is set to be unleashed on April 1, exploiting Windows weaknesses to create millions of zombie computers. “Joke or apocalypse?” asks the New York Times.

Study says, “Do or do not, there is no try” — A new Harvard Business School study of venture-backed companies shows that knowledge and experience gained from failed startups hardly every helps in new attempts.

Twitter still young at age three — The micro-blogging service is growing, but not as fast as older siblings Facebook and Google, which had 27 and 18 million users, respectively, by their third birthdays.

Sprint loans out its network — Unable to recruit new mobile users, the carrier is renting excess capacity on its network to other companies, like Amazon for its wireless Kindle book transfers, and now GPS and digital storage services. The WSJ has more. 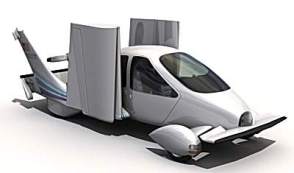 Flying car finally takes off — Back to the Future predicted roads full of flying autos by 2015, and now we have our first step with angel-backed Terrafugia, the plane you can drive to the airport before hitting the runway.

Congress to inventory airwaves — Senators have introduced a bill that would require the government to more closely monitor U.S. spectrum resources and determine whether they are being used efficiently.

Mobile advertising roll-up continues — Mobile marketing company SmartReply announced its acquisition of mobile ad firm mSnap, which claimed to have the largest SMS advertising network in the U.S. Below is a Nielsen breakdown showing otherwise, with 4INFO topping the charts. 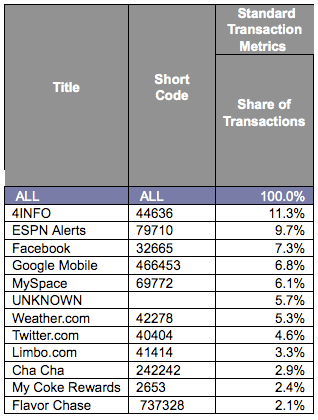