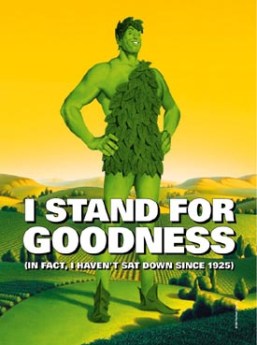 Cleantech could be the largest area for venture capital investment within five years if not sooner, Mark Heesen, president of the National Venture Capital Association, told VentureBeat in an interview. The NVCA has been bullish on cleantech for several years now, but the stars do seem to be aligning in new, momentous ways.

The trade group recently released a report (pdf) showing that cleantech investing had spiked 54 percent to $4.1 billion between 2007 and 2008, up from $444 million in 2004 when the sector first started to gain momentum. With the administration and economic stimulus bill adding new weight and urgency to green initiatives like smart grid development, renewable energy innovation and demand-side management, startups and VCs alike are jockeying for position like never before.

“This is an area that’s ripe for investment — we’re going to be seeing the next eBay, the next Google coming out of the cleantech sector,” Heesen said. “It’s significant that we’re seeing the government propping up these industries at the expense of other industries. It is definitely saving a range of cleantech companies that would have gone under otherwise.”

Not to say that there won’t be losses now — with every emerging business segment there is inevitable risk, Heesen acknowledged. Just look at the cuts made by once formidable Solar players like Ausra and OptiSolar, or the frozen over market for green IPOs. But with federal support, and the hothouse focus of bigwig firms like Kleiner Perkins Caufield & Byers (Bloom Energy, Fisker Automotive, Lilliputian Systems) and Khosla Ventures (Amyris, Great Point Energy, PVT Solar) coddling green tech startups, there will be room and impetus for growth for years down the line. Good money will beget good talent — particularly following recession-spurred personnel shakeups — and the cycle will repeat (at least that’s the prediction).

Yes, many firms and startups were shaken after Q1 reports showed cleantech funding taking a 41 percent nosedive since last year. The conspicuous absence of any investment round topping $100 million was not only unusual, but legitimately daunting. Even so, consensus is that stimulus funds and the energy bill should turn this around. Even before money has changed hands, the optimism in cleantech bubbles in Silicon Valley and elsewhere has attracted VC dollars on its own (see: Prism Solar’s $150 million, Fisker’s $85 million) — setting the sector back on track to fulfill Heesen’s five-year statement.