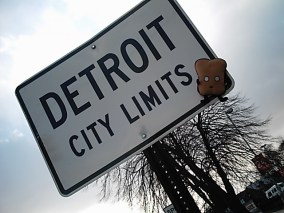 The hits keep on coming for the battered automotive industry and its home base in Detroit, Mich. But there might be a new source of hope: Lithium-ion batteries for electric and hybrid cars. With few other places to turn, the state has bet all its chips on the technology, approving $300 million in tax credits for four advanced battery makers who have set up shop there.

Approved by the Michigan Economic Growth Authority, the credits are already luring battery companies from across the country and overseas — and are predicted to bring 6,600 new jobs to the region. The credits resulted from a big push made by governor Jennifer Granholm to transition Detroit and the surrounding area into a hub for the new vehicle market. With more battery companies flocking to Michigan, the state has a chance to net up to $2 billion of the economic stimulus money targeted for future battery manufacturing.

In the press event announcing the credits yesterday, Granholm expressed the shift in focus poetically, saying, “We are going from rust to green.”

Yet, despite the promise of jobs and a revitalized local economy, some Michigan residents are skeptical of the government taking such a big risk on technology that has yet to catch on. Some have even compared the enthusiastic support of batteries to the excitement that surrounded ethanol when it first hit the scene only to go bust. And it’s true that none of these batteries has been mass produced for vehicles yet. 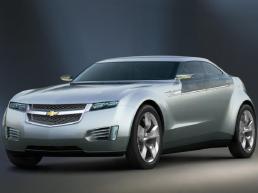 But the four companies the credits have benefited seem pretty sturdy. As we reported, A123 Systems has set down roots in Livonia, Mich. to crank out batteries for Chrysler. Similarly, Johnson Controls-Saft Advanced Power Solutions has teamed up with Ford Motor Company to mass produce batteries for plug-in electric vehicles, and KD Advanced Battery Group is also scouting locations for a possible manufacturing facility. Another $100 million in tax credits is pending approval right now — it would benefit Compact Power, a partnership between Korean company LG Chem (provider of batteries for the Chevy Volt — pictured right) and General Motors.

Each one of these companies will receive $100 million in battery cell tax credits over four years, in addition to a fluctuating amount in tax credits over the next 15 years. For example, A123 will get a $25.2 million tax credit for the next 15. All told, the four beneficiaries will spend $1.7 billion to build lithium-ion battery factories across Michigan.

Last week, we noted that Oregon, particularly the Portland area, is becoming somewhat of an epicenter for electric and hybrid vehicle operations. So far, favorable and cost-effective policies in the state have attracted charging-infrastructure companies and car testing facilities, but not necessarily battery makers. Still, it wouldn’t be surprising if the states got competitive — a lot of jobs and the health of their local economies are at stake. Though of the two, it seems wiser to bet on Michigan, which already boasts an industrial labor force eager to get back to work in this recession.

One thing’s for sure — of all the cleantech sectors Michigan could have chosen, batteries are probably the safest bet. Other areas of the business — solar, wind, etc. — have run up against an unforgiving capital market. But batteries and energy storage concepts seem to have gotten a reprieve, despite being capital-intensive investments. These companies brought in $126 million in venture funding last quarter, almost four times as much as they did in the fourth quarter. And so far this month, fuel cell maker Lilliputian Systems and A123 have landed $28 million and $69 million respectively. This bodes well for their peers, and for the burgeoning landscape in Michigan.

And considering that the state’s unemployment rate just hit 12.6 percent (16,000 jobs lost during March alone) — if the plan works, it couldn’t come at a better time.