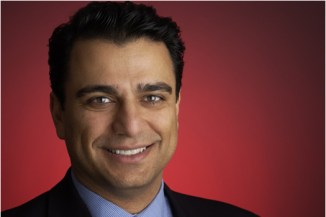 During today’s earnings report, Google announced that its global head of sales, Omid Kordestani, perhaps better known as its business founder (or employee No. 12), will leave his post to become a senior adviser to the company’s founders and chief executive, Eric Schmidt. While he hasn’t exactly left for good, his decision to step down follows the departure of several other high-profile executives in Google’s sales organization — signaling even more strongly that the bloom is finally coming off the rose.

It’s arguable that the trend started last spring with Sheryl Sandberg, Google’s vice president of global online sales and operations, leaving for the chief operating officer post at Facebook — but that seems like a stretch. What’s more convincing is the triple-bail of U.S. sales head Tim Armstrong, Latin America sales chief Gonzalo Alonso, and Asia-Pacific and Latin America operations president Sukhinder Singh Cassidy in the last two months. Sure, they left for coveted opportunities at AOL (coveted is a relative term), Globant and Accel Partners, respectively. But since when do pampered Google employees opt to rejoin the corporate establishment?

Of the three, Alonso’s comments on his decision were probably the most telling. Hinting at the sea change in Google’s culture, he told VentureBeat reporter Vinod Sreeharsha, “You lose the sense of empowerment and flexibility; your decisions have less impact.” And even more to the point: “The company has changed a lot in the last three years. The way to develop products and implement decisions has to pass through a lot more layers.”

The shift is not altogether surprising. With upwards of 20,000 employees, the search giant couldn’t remain as nimble and starry-eyed as it was in 2004 and continue to grow. But it still might be a hard pill to swallow for those early employees who have since climbed the ranks.

Personnel changes may have also had a hand in the mini-exodus. We’ve heard talk that Singh Cassidy’s exit was inevitable after she was passed over for Armstrong’s slot in favor of Dennis Woodside, formerly vice president of operations in the U.K., Ireland and Benelux. And shortly after he was tapped, rumors circulated that several other executives were dissatisfied with the choice — although there’s no confirmation that Singh Cassidy was one of them.

Given all this, it still seems alarmist to say Google has jumped the shark at this point. They’ve just had to bring in their second-stringers. Kordestani isn’t even leaving the GooglePlex, and he’s being replaced by the highly competent Nikesh Arora, president of international operations. Sure, the disintegration of Armstrong’s cross-platform advertising strategy wasn’t ideal, but Google’s core business is still meeting expectations — reflected in its strong Q1 earnings — and it’s still turning out new, decent products like clockwork. How many companies today can say that?

If anything, it’s growing up (as are its employees) — shedding its sheen of corporate counterculture to become a more cautious, and dare I say typical, force in the technology space. It’s only natural for the employees who can afford it to go in search of greener pastures.