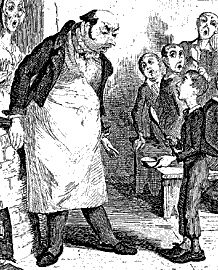 Google just launched an awesome new tool that allows you to chart public data, starting with unemployment and population numbers, making the information much more accessible.

The information that Google has charted, as well as the data it plans to add in the future, is already online, and usually available through, yes, a Google search. But finding, then navigating through, the web sites of organizations like the US Census Bureau and the Bureau of Labor Statistics can be a pain. I speak from experience, since I was constantly looking for these sorts of numbers in my last job as a small-town government reporter. Google is trying to make it easier to find data through a Google search and to help users better understand the data with its charts.

The initial interface is pretty simple, even limited. You just type in either “unemployment rate” or “population” followed by a county or state, and Google brings up a chart as the first result. Then you can click on other states or counties to bring up other numbers for comparison and move your mouse over any part of the chart to get an exact number. You can also click on a link below to see where Google pulled its numbers from.

It makes sense that the company is rolling out with just a few types of data, since it probably wants to make sure it’s providing the most reliable, up-to-date numbers (especially if it moves into more politicized or controversial areas, which is what I want), and presenting the information in a way that’s easily understandable, rather than overwhelming. Other groups, both government agencies and nonprofits like the Sunlight Foundation, are trying to make government data more accessible, but none has the reach and resources of Google. And the search giant is taking a broad view of the kind of data that could be shown this way: “There are statistics for prices of cookies, CO2 emissions, asthma frequency, high school graduation rates, bakers’ salaries, number of wildfires, and the list goes on,” according to the announcement.

I’m hoping Google improves the user interface, too. Right now, you have to be careful in your searches. My query about “unemployment San Francisco” left me baffled and frustrated, until I remembered to add the word “rate.” There’s also no good way to jump between different categories once you’re looking at the data, for example no button that lets you move directly from the unemployment data to the population numbers. Lastly, I’m frustrated that there’s no obvious way to adjust the scale of the timeline. What if I’m more interested in unemployment trends in the past few years, rather than the last decade and a half?

Despite the obligatory whining, make no mistake — I’m excited to see where this goes.