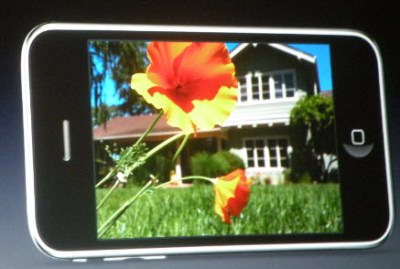 So rumors do come true. Apple has just announced a new version of the iPhone, dubbed the iPhone 3GS, built to run data-intensive applications faster. It can also record video.

Phil Schiller, senior vice president at Apple, said at the company’s Worldwide Developer Conference today that the new phone will be faster at almost everything, thanks to better computing power and the ability to run at 7.2 megabits per second thanks to a faster HSDPA data network.

The phone can record video in VGA format at 30 frames per second. That’s as good as a lot of video cameras, but not quite high-definition video.

The new phone also has Voice Control, a feature that lets you issue voice commands for the phone to do just about anything, like “Call Home.” You can say, “What song is this?” and it will tell you (just like Shazam). It has a built-in compass integrated into Google Maps. You tap the map to get oriented to the direction you’re heading.