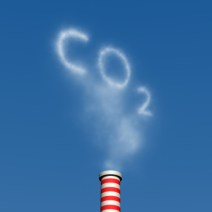 EnerNOC has gained momentum as a major player in demand response — the system that allows utilities to balance power between homes and businesses based on who needs it most — and has now turned its attention to carbon management with the acquisition of eQuilibrium Solutions.

EnerNOC has long been interested in expanding its portfolio of energy control services, and eQuilibirum seems like a logical fit. The Boston-based startup will bring a software platform that allows businesses to track and reduce their carbon footprints — an increasingly important need as a climate bill that would establish a stringent cap-and-trade system inches closer to approval in the House of Representatives. If it becomes law, 30,000 new companies will be required to account for their carbon emissions.

EnerNOC now straddles the two most hyped areas in cleantech: smart grid and carbon emissions. The latter is predicted to become a $2 to $3 billion business in just a few short years. And the former stands to benefit greatly from $4.2 billion in economic stimulus funds.

Demand response has been getting a lot of attention recently, even though it’s one of the less sexy smart grid concepts out there. Basically, EnerNOC brokers systems in which consumers agree to have their power automatically reduced during peak periods. In exchange, they get a portion of the money the utilities pay EnerNOC, and utilities are less strained by high-demand, stabilizing the grid and preventing outages. This makes a bigger difference than most people know, and EnerNOC alone provides the service to about 2,000 clients (with about 2,700 megawatts between them).

Financial terms of the deal between EnerNOC and eQuilibirum haven’t been disclosed, although the price tag was reportedly smaller than the company’s prior acquisitions. (it gobbled up Celerity Energy Partners, Pinpoint Power and eBidenergy and MDEnergy between 2006 and 2007). It has been on a roll for a while now, ever since its surprisingly high IPO in 2007. Last month, it landed a $100 million deal to manage 1,000 megawatts (think 800,000 households’ worth) for mid-Atlantic electricity provider PJM Interconnection.

Considering these wins, the addition of eQuilibrium should give EnerNOC a leg up over competitiors CPower and Comverge, neither of which offer carbon accounting services. Still, with heavyweights like SAP, Microsoft and CA developing carbon tracking products of their own, EnerNOC needs to integrate eQuilibrium’s software and start marketing it aggressively as soon as possible.